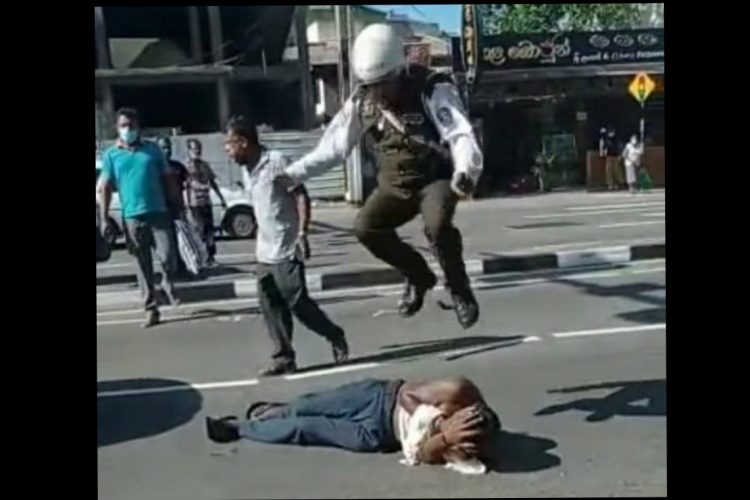 The traffic Policeman who assaulted and jumped on a person yesterday in Pannipitiya has been arrested ,Police Spokesman, DIG Ajith Rohana said .

Policeman is attached to the Maharagama Police and he has assaultted a lorry driver who had allegedly knocked another policeman who was in duty at the premises .

The policeman was admitted to the Kalubowila hospital for treatment.

DIG Ajith Rohana said that Minister of Public Security Rear Admiral (Retired) (Dr.) Sarath Weerasekera had called for an investigation into the incident.

The Police Spokesman said that he was interdicted yesterday itself and arrested . Following investigations conducted yesterday and criminal charges will be filed.

The video footage of the attack went viral yesterday .

SLFP decides to go alone in next elections