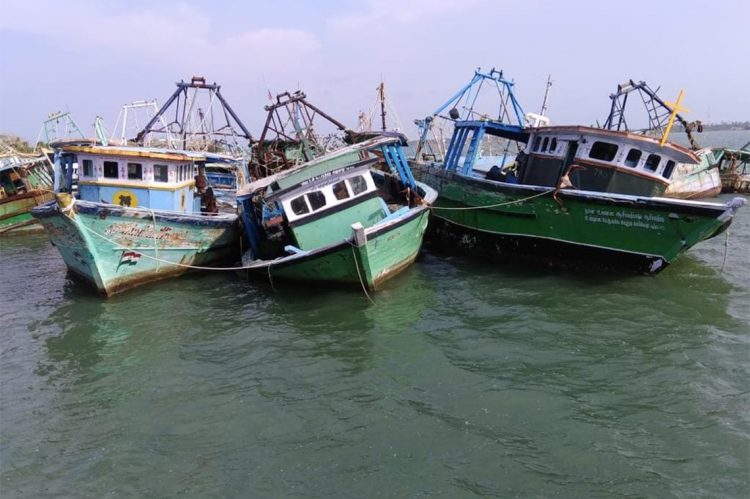 Fisheries officials have been ordered by Mannar and Jaffna courts to auction off or destroy 121 vessels seized by the Navy from Indian fishermen at auction.

These vessels are now in the possession of the State.

According to the new Fisheries Act, when Indian fishermen are arrested by the Government of Sri Lanka along with their vessels, the vessels are confiscated and the fishermen are imprisoned or released after a trial.

The Navy has seized 121 vessels from Indian fishermen from time to time between 2015 to 2018. The cases of the Indian fishermen who arrived in these vessels has been completed and 31 vessels still are part of ongoing trials.