How Udayanga's tourists are flouting health regulations at the risk of the whole country exposed!

by Lankasara Editor English
in News
719 22 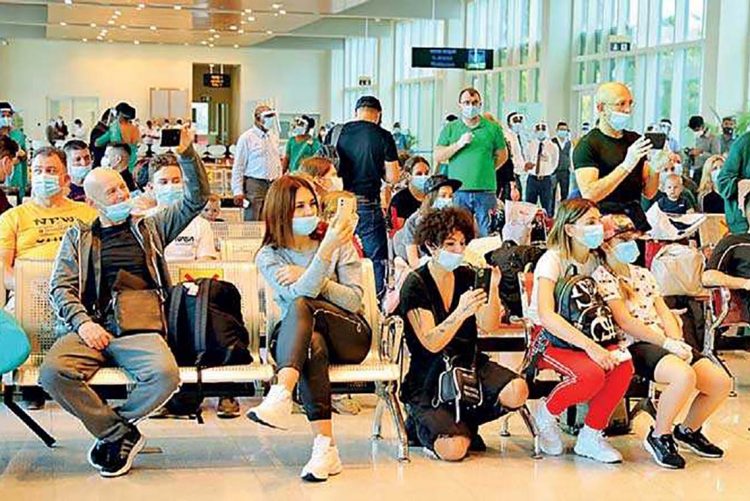 It is reported that the first group of Ukrainian tourists who claim to have arrived in Sri Lanka under a series of strict health guidelines as a pilot tourism project is being taken on tour across Sri Lanka by its operators in violation of Covid 19 regulations and relevant health criteria.

These tourists, who are visiting Sri Lanka for the first time under the guidance of former Ambassador to Russia Udayanga Weeratunga, have already started visiting the planned destinations, but the operators have violated the agreements reached earlier and are not even coordinating with the Tourism Development Authority, the Sunday Times has reported.

According to the newspaper, the group that arrived in the country on December 28 was required to undergo PCR tests and quarantine at a hotel for at least seven days, but had already started touring less than five days later.

Accordingly, the first group has been taken to Yala National Park in three groups and one group has also joined to watch the whales in Mirissa. Photographs from the tours show that the tourists were not wearing masks either. However, the guidelines to be followed have been abandoned and it is reported that these trips have been carried out without the supervision of the Tourism Development Authority.

Although the drivers of the vehicles carrying the tourists and the drivers of the vehicles used in the Yala National Park were chosen in advance and a future health care plan has been planned for them under the proposed health criteria, these drivers confirmed by the Department of Wildlife Conservation and the Tourism Development Authority have been replaced while the operators have obtained 28 separate jeeps from Tissamaharama.

A spokesman for the Tourism Development Authority told Lankasara that the situation could pose a challenge to the Tourism Development Authority, the Wildlife Conservation Department and the health sector to take action when the drivers are later reunited with the rest of the community. However, it was stated that it was essential for the drivers of the jeeps used for these Yala tours to be quarantined in a hotel for 14 days.