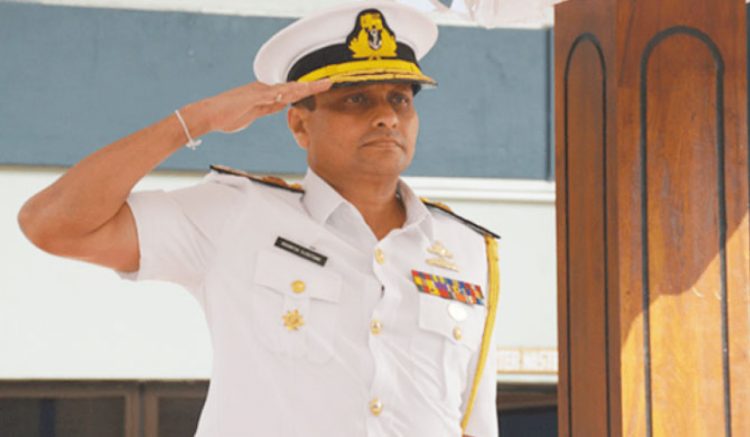 Commander of the Sri Lanka Navy Vice Admiral Nishantha Ulugetenne this week marked 36 years of service in the force. Several religious programmes had been organized to mark the event on January 6 and 7.

Having joined the Sri Lanka Navy as an Officer Cadet of the 13th Intake on January 7, 1985, he underwent basic naval training at the Naval and Maritime Academy, Trincomalee. Upon successful completion of training, he was commissioned as a Sub Lieutenant in the year 1987. After being steadily elevated to subsequent ranks in the Navy over the years, he was promoted to the rank of Rear Admiral on June 1, 2015. Reaching the pinnacle of his naval career, he became the 24th Commander of the Navy, after being promoted to the rank of Vice Admiral on July 15, 2020.

Vice Admiral Nishantha Ulugetenne specialized in the fields of Gunnery and Missiles and was a key member of the pioneering team that introduced missiles to the Navy Fleet. He has also been awarded a large number of service medals for his invaluable contribution to the country and for his acts of bravery in combat.