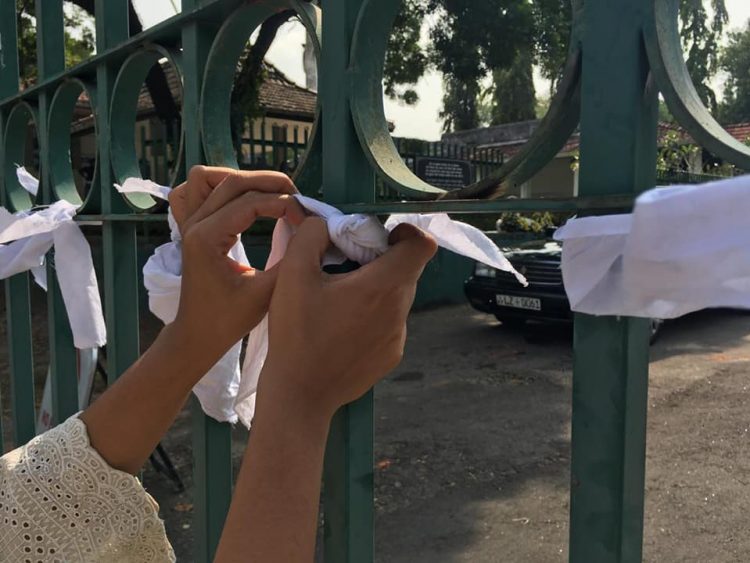 A group of citizens have commenced staging a silent protest by tying white cloths at the Borella cemetery crematorium gates to voice their opposition against the government policy of mandatory cremation of persons who died due to Covid 19.

Those engaged in the protest said despite the lack of evidence provided by any credible medical doctor the government has willfully and with much ignorance to science, continued to restrict the burial of COVID-19 victims. “WHO, CDC along with 190 other countries say allow burial, but our country has restricted it” they noted.

The Sri Lankan government has been mulling the reconsideration of the policy with the Prime Minister Mahinda Rajapaksa recently directing the authorities to identify a suitable land to bury Covid 19 infected bodies. However there has also been severe opposition among the public against allowing such burials due to fears that Covid 19 might spread due to contamination of groundwater. 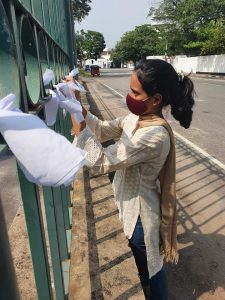 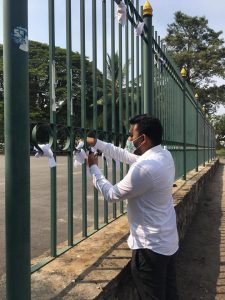 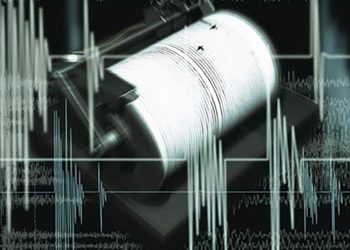