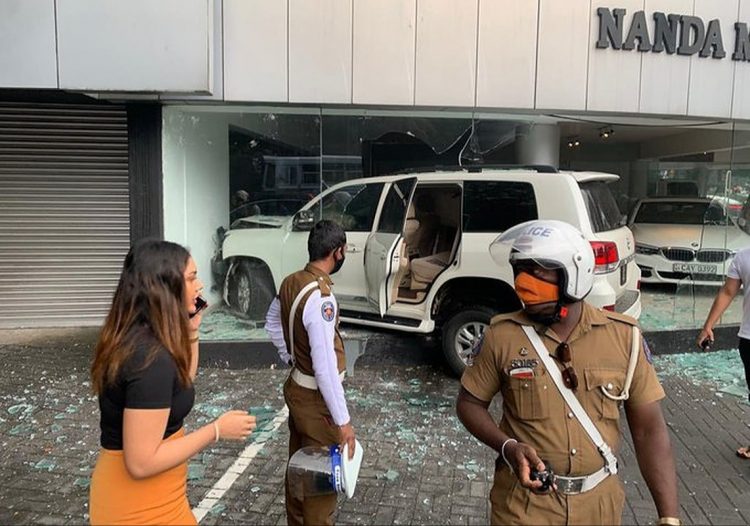 The 19 year old daughter of a Senior Superintendent of Police (SSP) yesterday (16) crashed the V8 jeep she was driving into a luxury vehicle showroom in Colombo 07. According to sources the female driver does not possess a valid driving license. The incident had caused serious damage to the showroom and two luxury vehicles which were up for sale.

The brother of the female driver was also involved in a fatal accident on March 9 last year after driving recklessly which resulted in the death of the Borella Traffic OIC Ananda Sagara Sarathchandra.

When inquired about this from the Director of the City Traffic Division, SSP Indika Hapugoda, he stated the Cinnamon Gardens Police are conducting an investigation and it has been revealed that the girl who was allegedly driving did not have a driver’s license. 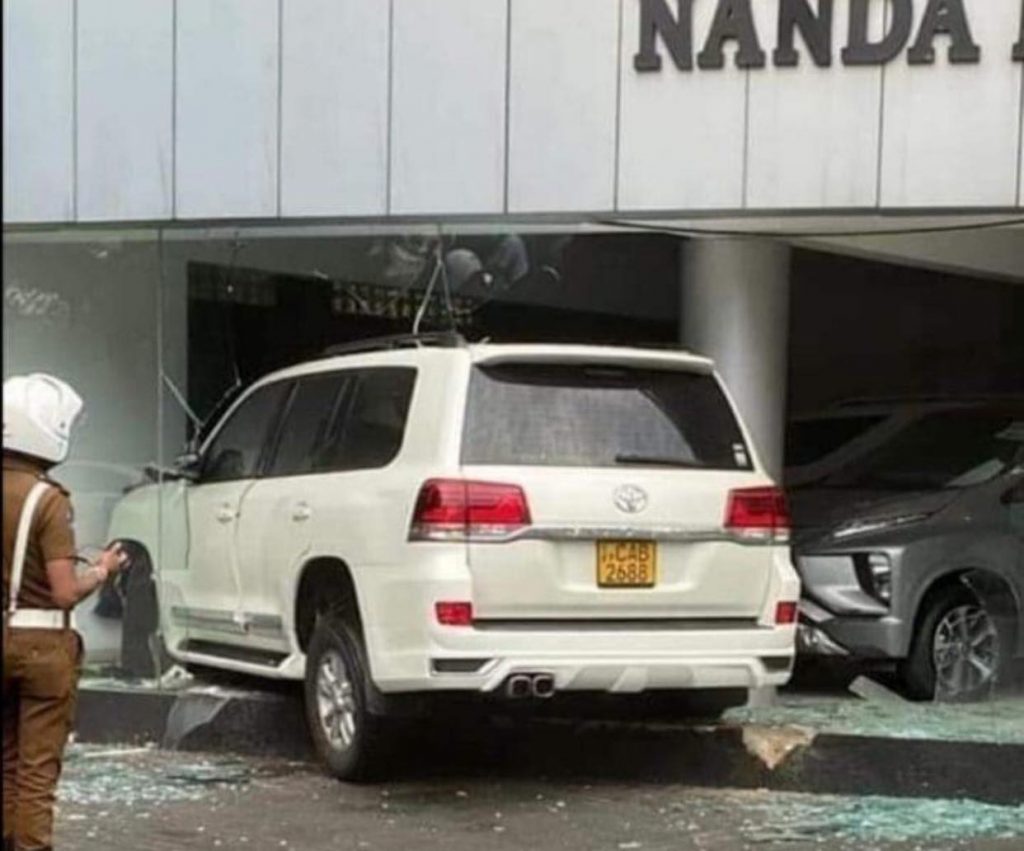 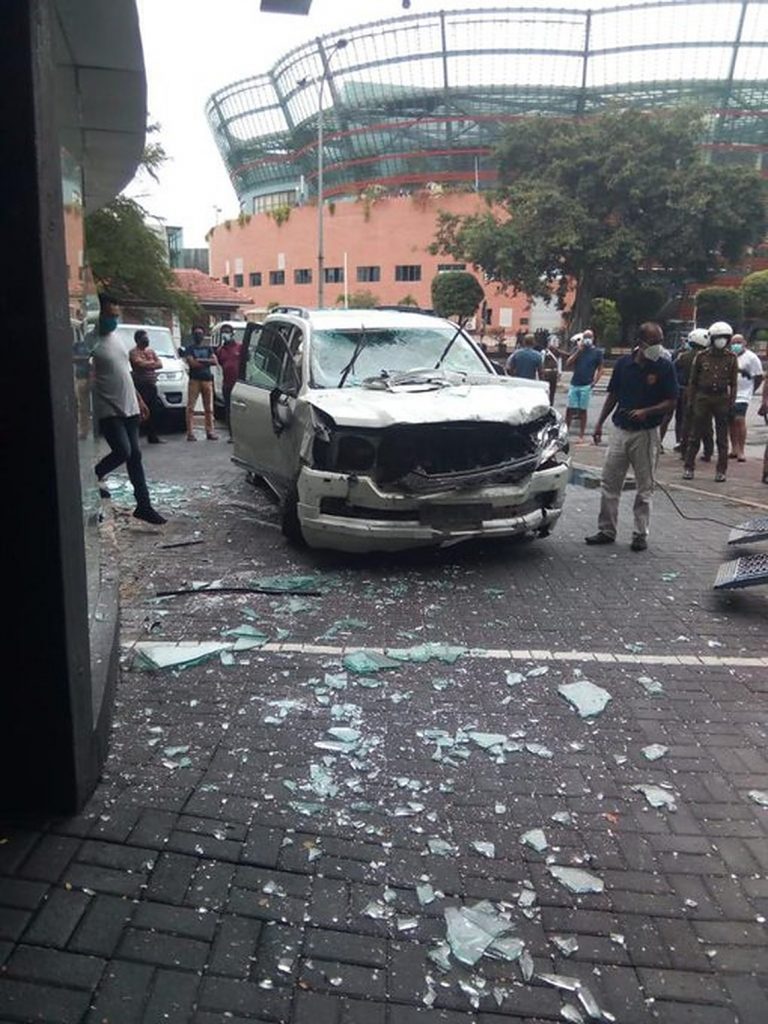 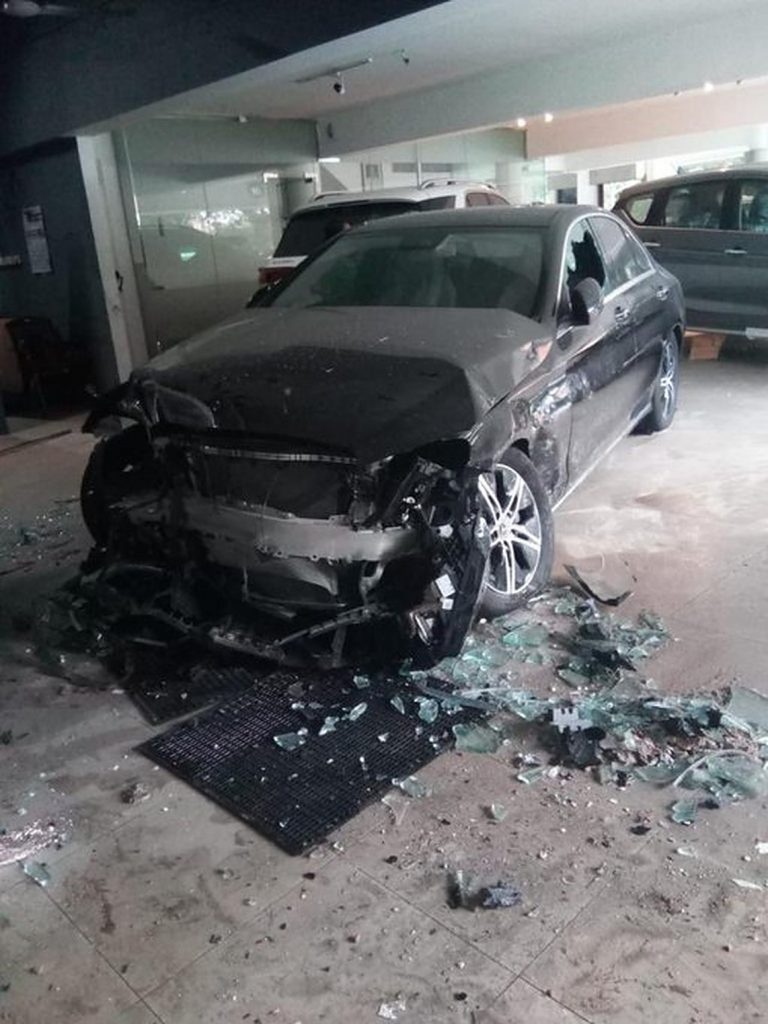