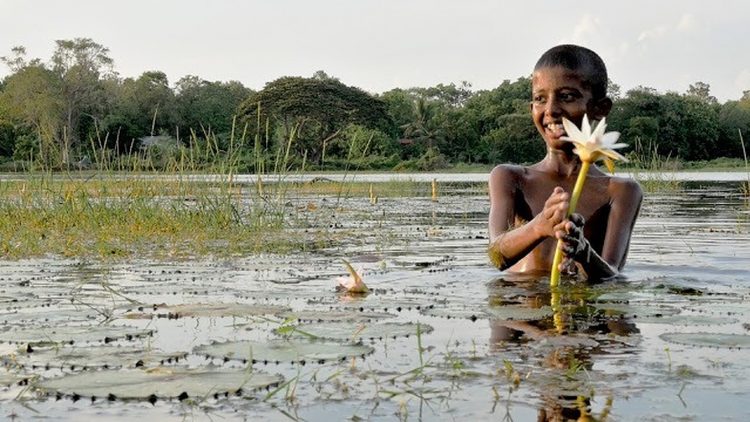 Tomorrow (that is Monday the 22nd of March, 2021) a vote will be taken in Geneva on a resolution against Sri Lanka to be tabled the same day. The outcome will decide the fate of Sri Lanka or so some believe.

Let’s be sober here. First of all, given the power wielded by the architects of the resolution and its principal marketers, it is likely that the resolution will pass with a majority of the 47 member voting for it.

Let’s be sober here. This is not the first resolution (to be taken up and — in all likelihood — passed) to see the light of day in Geneva. It’s not the first on/against Sri Lanka. It is non-binding anyway and can, at best, lead to (further) harassment of Sri Lanka.

Let’s be sober here. This is not about human rights. If that were the case, the UK, most of the countries in the EU and the silent, behind-the-scenes string-puller, the USA, would be in the dock and not Sri Lanka. Indeed, if sobriety and reason had any value then they would have been dragged over the coals decades ago.

The earth however is not flat. There’s a thing called political economy. There are guns, bombs, drones, chemical weapons and such. There are dollars and euros. There’s arm-twisting. All these factors make one-nation-one-vote a silly notion; lovely on paper but for all practical purposes irrelevant. Arm-twisting is the order of the day. Threat, often, suffices. Execution, when necessary, is opted for.

But let’s be sober here. We are told that around 40 countries have signed the resolution as co-sponsors or additional co-sponsors. Twelve of them have voting rights at this point. Just two of the 40 are from outside the EU and North America. A gang, then.

East vs West, then? A white man’s affair, in the main? Well, that’s one way of putting it. Except that these are easy dichotomies. What’s abundantly clear is that it is whether or not the Government of Sri Lanka is willing to play ball. In other words, a play-ball government will not be harassed because, well, they will play ball. An unwilling government needs to be harassed. Harassed to the point of capitulation, i.e. submission to the proposals of the bully. If not, well, harassment can lead to the creation of domestic discontent or the exacerbation of existing discontent. Then they hit you with ‘failed state’ rhetoric. States don’t have to fail. They can be failed. It’s all in the hands of the examiner. They will say, as they are saying of Myanmar, ‘in order to save this country, we must first destroy her economy!’ Yes, fighting for peace is like copulating to protect virginity.

How can Sri Lanka respond? Let’s be sober. There’s not much Sri Lanka can do. Sri Lanka can claim a moral victory if the vote is close, but that won’t alter anything. The victors will crow. They will want more victories. They will follow the script.

So, again, what should Sri Lanka do? ‘Sri Lanka’ is not a territorial entity. It is also a people. It is resources. It is heritage. It is past, present and future. It is also a government and therefore it is made of politicians, those in and out of power.
The script for those out of power (and they are as bereft of principle as anyone in power) is simple. It’s a two word script: play along. It’s harder for those in power. They have to defend truths that are called lies. They could ‘play along’ but this particular government would suffer if that choice were to be picked.

So it comes down to, as so often happens, whether they people are with the government or not. ‘The people’ are not a monolithic entity. Their loyalty is not assured. They have multiple expectations. That’s why it is tough. You renege on a single promise or you say or do something that rubs your constituency the wrong way and the support you so need (to fight the bullies and/or to maintain control of the political equation) can be irrevocably compromised.

The answer is not about being populistic. Sometimes you have to do what’s not popular. However, one has to be clear about it. They ‘why’ of it has to be communicated effectively. With clarity. With solid logic. And it should be done in such a way that the picture of the end game is clear.

It is not easy at all. All governments are trumped by institutional arrangements, processual cultures and corrupt politicians and officials who just don’t want things changed. You listen to too many people and it’s like you’ve listened to no one. You listen to no one and it’s called dictatorial. This is why clarity helps. And, in the interest of clarity, you are required to cultivate prudence, to err on the side of caution.
March 22 is a Monday. It will be followed by a Tuesday. The 23rd day of the month

The 46th session of the UNHRC will be followed by a 47th. Time will pass. Governments will change. Old orders will yield to new ones. Nations prosper and go into decline, only to rebuild civilizations that have been torn apart.

A resilient nation survives. Sri Lanka has a resilient citizenry. They will prevail. And if governments stand with these resilient people, governments too will survive. Not necessarily the other way about.

[Malinda Seneviratne is the Director/CEO of the Hector Kobbekaduwa Agrarian Research and Training Institute. These are his personal views]