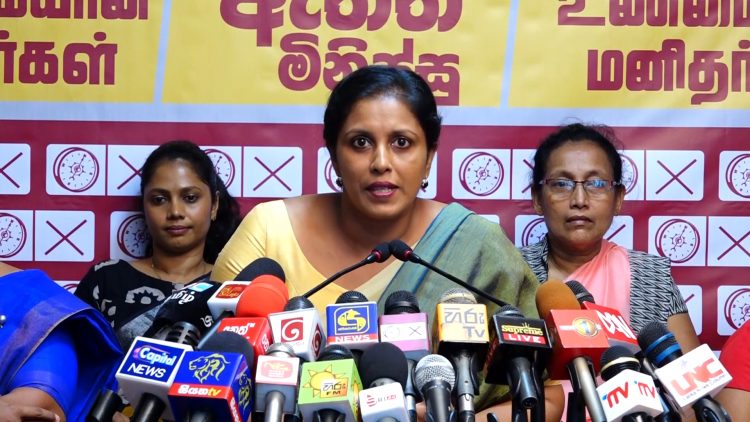 The new government proposed 15% cess tax on women’s sanitary pads has drawn criticism on social media. Various views have been expressed on it. Attorney-at-Law and political activist of the Jathika Jana Balawegaya (JJB) Nirupa Serasinghe had this to say on the topic.

“In 2018 the government removed the cess tax imposed on imported sanitary pads. But the new government which came to power with a majority of women votes and claims to empower women, has re-imposed this cess tax.

51% of the population in Sri Lanka are women. On average, a woman experiences menstruation for 2535 days, or about 7 years of their lifetime. An average packet of sanitary napkins currently costs Rs. 120 – Rs. By 170 while an imported brand costs around Rs.350.

Buying sanitary towels is a dream for most mothers who are more worried about not being able to get a packet of milk for their baby.

There are types of sanitary napkins required by women that vary according to their different physical characteristics, but there are not enough such types in our country to make such a choice.

Lack of education about menstrual health, superstitions about it, lack of open conversations are serious issues related to menstrual hygiene. In fact the government is taking advantage of the backwardness of our women relating to the topic to implement these tax policies.

Sanitary towels should not be turned into a luxury item used by only a section of women in the society by imposing unlimited taxes.

It’s hard to have an open conversation about this in a country where there are men who laugh at the difficulty of their wives, daughters, sisters, girlfriends that they experience once a month, and women who think it’s a shame to talk about these things. But this is the time to do it!”