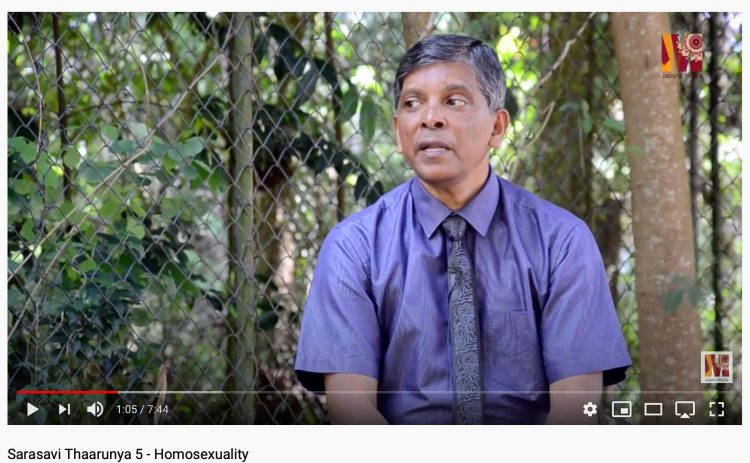 Human rights activist and award-winning filmmaker Dr Visakesa Chandrasekaram has written to the Registrar, Sri Lanka Medical Council, Vice Chancellor and the Dean of Faculty of Medical Sciences of University of Sri Jayewardenepura and the Chairperson, University Grants Commission about the claims made by Dr. Shantha Hettiarachchi, Chief Medical Officer of the University in a YouTube video clip claiming he can correct homosexuality.

In his letter Chandrasekaram said he was extremely disturbed by the homophobic statements made by Dr. Shantha Hettiarachchi in the YouTube video clip, which was published with the university logo. The video has since been made private.

“Prof Hiran Amarasekara is the executive producer of this video as per the end-titles. The statements of Dr. Shantha Hettiarachchi are scientifically inaccurate, self-contradictory and misleading, and also the statements could incite violence against the LGBT people within and outside the university system” Chandarasekaram said.

He urged the university authorities and medical authorities to conduct an immediate investigation and take appropriate actions regarding the matter.