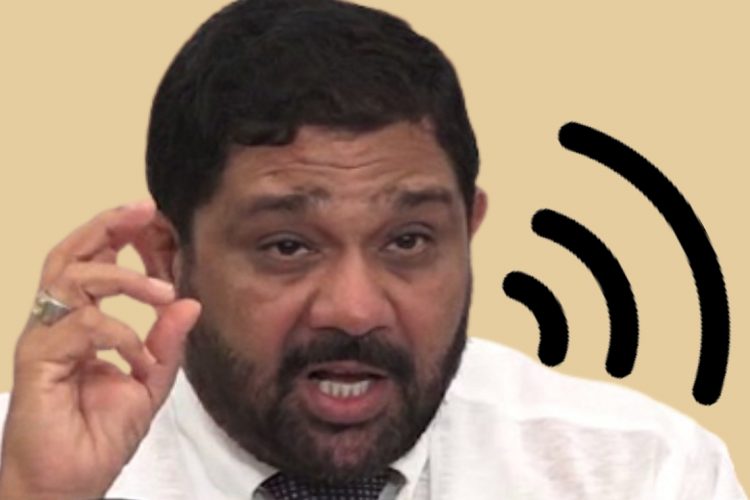 Former Western Province Governor Azad Sally was arrested by Criminal Investigations Department in Kollupitiya this evening.
A six-member team led by a Superintendent of Police was appointed on the 14th to study the allegations made by several parties regarding a statement that the law of the land was not valid for them and that the Muslim law was valid for them.

Several complaints were lodged with the CID on the 13th regarding this statement. The police spokesman said that the complaints had stated that Azad Sally’s statement was against the law of the land. Attorney General also informed about the facts revealed in the investigation and he too has instructed to the Police to arrest Mr.Sally.

The media spokesman said that the statements also stated that there was a conflict between religions and races.

When the Minister of Public Defense, Dr. Rear Admiral Sarath Weerasekera, said that he was going to arrest Azad Sally, he said in a public statement that he had audio recordings of the Admiral’s statement that he should be arrested if possible and that the mosques in Ampara should be attacked.

No clue on Blood Clots - EU reiterates on AstaZeneca