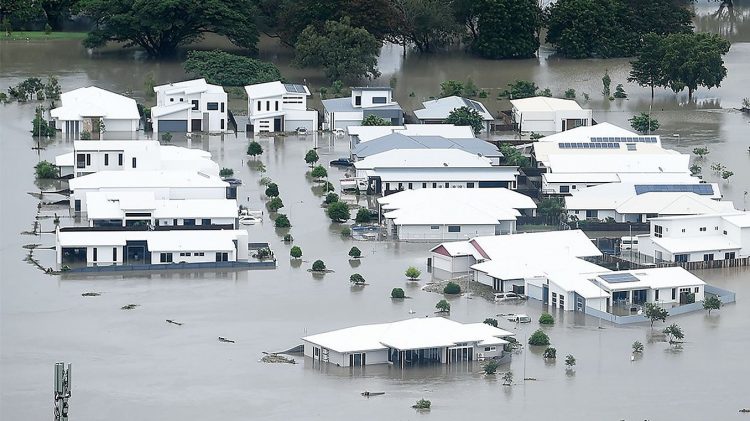 Communities have been inundated since Thursday, but parts of the east coast tipped into crisis on Saturday as a major dam overflowed, adding to swollen rivers and causing flash flooding.

According to New South Wales NSW Emergency Services Minister David Elliott the NSW and federal government have signed 16 natural disaster declarations in areas spanning the central and mid-north coast, from Hunter Valley near Sydney to Coff’s Harbour, said in a news conference on Sunday.

However there have been no deaths reported yet — but, Elliott warned, “We are moving closer and closer to the inevitable fatality.” CNN reported.
Some families were forced to evacuate in the middle of the night as rivers rose to dangerous levels, and 4,000 more people — primarily in the Hawkesbury region — may have to evacuate on Sunday, said state Premier Gladys Berejiklian at the news conference.

“This is nothing like we’ve seen since the 1960s,” Berejiklian said. In parts of the state that have been hit harder, this is a once-a-century event; in other regions like the Hawkesbury area, it’s a “one-in-50-years” event, she said.

Since Thursday, the State Emergency Service (SES) has responded to 7,000 calls for assistance and conducted more than 750 flood rescues. Thousands of emergency workers and volunteers are still on the ground, helping trapped residents.