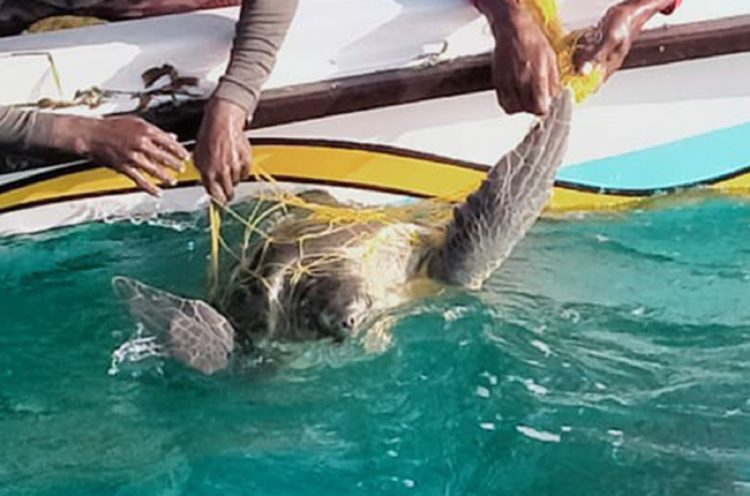 The Navy patrolling off south of Mannar has rescued and released eight sea turtles, having found them entangled in a fishing net yesterday (28).

When observed a bale of sea turtles trapped in a fishing net cast in the south of Mannar sea area, the North Central Naval Command patrolling in the area had saved those turtles and released them back to the ocean. 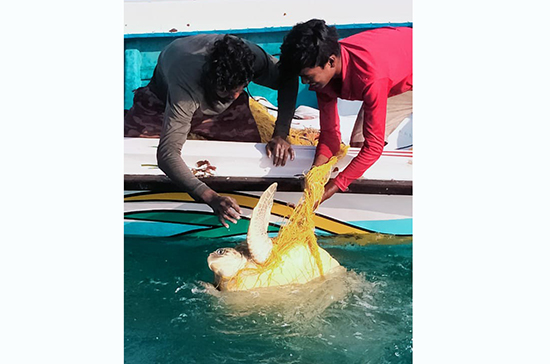