Letter of Intent from GOSL received 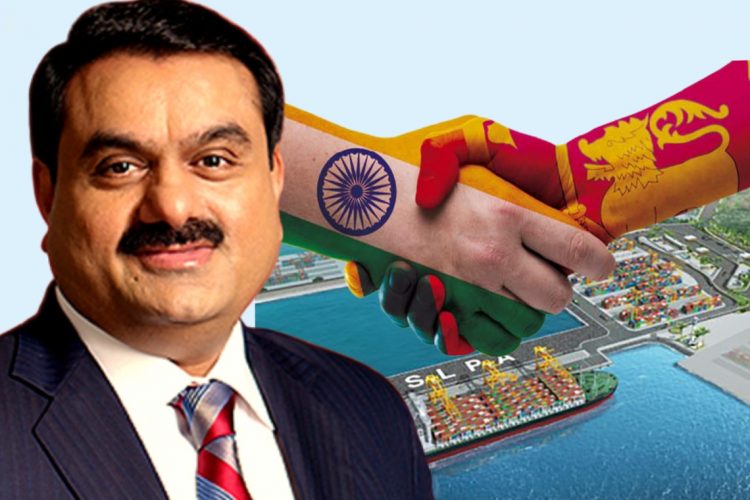 Gautam Adani, Chairman of Adani Group of India says he is grateful to the leaders of Indian and Sri Lankan government leaders, for the opportunity to build West Container Terminal of Colombo habor . He tweeted yesterday that he too grateful to Sri Lanka Ports Authority as well as John Keels while highlighting that Adani group has received the letter of Intent from Sri Lankan Governments to develop WCT.
In his tweet Adani says this partnership is a symbol of the deep strategic relations between countries with great intertwined history.
Meanwhile a statement released yesterday by Adani ports and Logistics Company further states that they will partner with John Keells Holdings PLC, Sri Lanka’s largest diversified conglomerate, and with the Sri Lanka Ports Authority (SLPA) as a part of the consortium awarded this mandate. The WCT will be developed on a Build, Operate and Transfer basis for a period of 35 years as a public-private partnership. WCT will have a quay length of 1400 meters and alongside depth of 20 meters, thereby making it a prime transhipment cargo destination to handle Ultra Large Container Carriers.

The project is expected to boost WCT’s container handling capacity and further consolidate Sri Lanka’s locational advantage as one of the world’s top strategic nodes along the busiest global transhipment route. The Colombo Port is already the most preferred regional hub for transhipment of Indian containers and mainline ship operators with 45% of Colombo’s transhipment volumes either originating from or destined to an Adani port terminal in India.

The network impact of this partnership is significant and expected to be mutually benefitted from the string of 7 container terminals across its 12 ports that Adani operates along the Indian coastline handling an annual volume of over 6 million TEUs. This partnership will multiply and accelerate the transhipment options that will become available to serve various shipping lines and other potential port customers across the South Asian waters, benefiting both, India and Sri Lanka in multiple ways.

Speaking on the occasion Mr. Karan Adani, CEO and Whole Time Director of APSEZ said, “Any port partnership is a validation of the mutual trust between two nations and in this context the WCT partnership is significant on several fronts.

The combination of the strategic location of the Port of Colombo as a launching point for transshipment across the entire subcontinent, the deep domestic strength of SLPA and John Keells Holdings PLC, and the Adani Group’s unmatched network of container terminals across the Indian coastline opens up several dimensions of growth possibilities for years to come, not just within our two countries but also to the east as well as the west of our two nations”.

Commenting on the occasion, Krishan Balendra, Chairman of JKH, said “We are excited about this opportunity to invest in the much-needed capacity expansion of the Colombo Port and to partner the Adani Group, the leading port operator in India.” He went on to say that the Public Private Partnership development of the West Container Terminal would bring to bear the synergies, expertise and experience of the Adani Group, the John Keells Group and the Sri Lanka Ports Authority, which would ensure a world class deep-water offering in the Port of Colombo, catering to the largest container ships afloat.