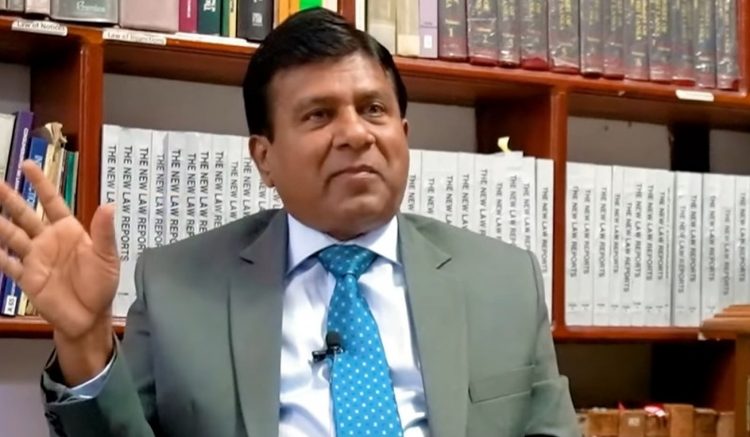 Ruling party parliamentarian Dr. Wijedasa Rajapakse says that the government is trying to hand over the Colombo port city to China through a bill and he is ready to take legal action against the move.

He further said at a press conference held in Abhyaramatra, Narahenpita yesterday (15) that certain parts of the bill were unconstitutional and that it was a very dangerous situation.

“ Our country consists of 25 administrative districts and the watershed around the country. After 1100 acres of land from our watershed through the port city, it is part of the land of our country. According to this Act, the 1,100 acres reclaimed do not belong to Sri Lanka, the Western Province or the Colombo District. A commission is going to be set up to regulate this bill. The Commission acts in accordance with the requirements of the Chinese company. Many bills in force in the country are not being implemented regarding the port city. ”

“This specific area has been released from all 14 tax acts, including the Inland Revenue Act. Even Parliament cannot deal with this and its salaries are paid in foreign currency. If we go there and buy something, we have to pay taxes for it. This is completely similar to any other country. That is why we have decided to take legal action against this. ”