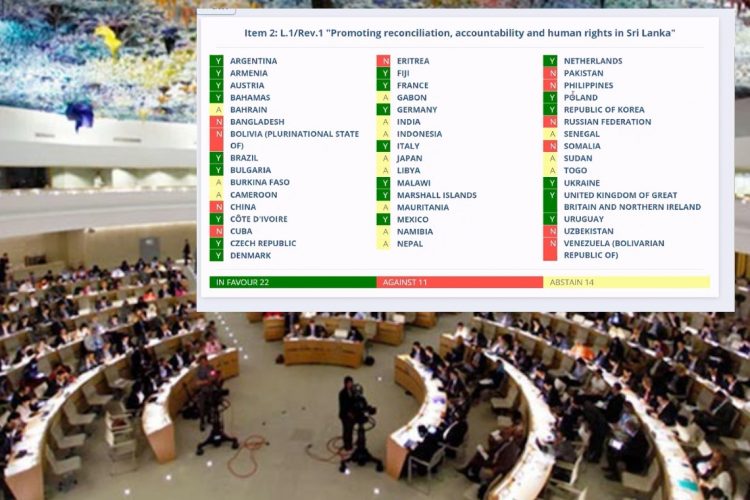 Countries that voted against the resolution were Bangladesh, Bolivia, China, Cuba, Eritrea, Pakistan, the Philippines, Russia, Somalia,Venezuela and Uzbekistan.

The resolution was co-sponsored by six countries, including the United Kingdom, Canada, Germany, Montenegro, Macedonia and Malawi, citing human rights abuses in Sri Lanka. The resolution against Sri Lanka and several other resolutions against several countries were tabled at the 46th session of the UN Human Rights Council yesterday (22).

The vote was postponed due to a problem with the agenda of that session yesterday.