UNESCO says no to reservoir in Sinharaja 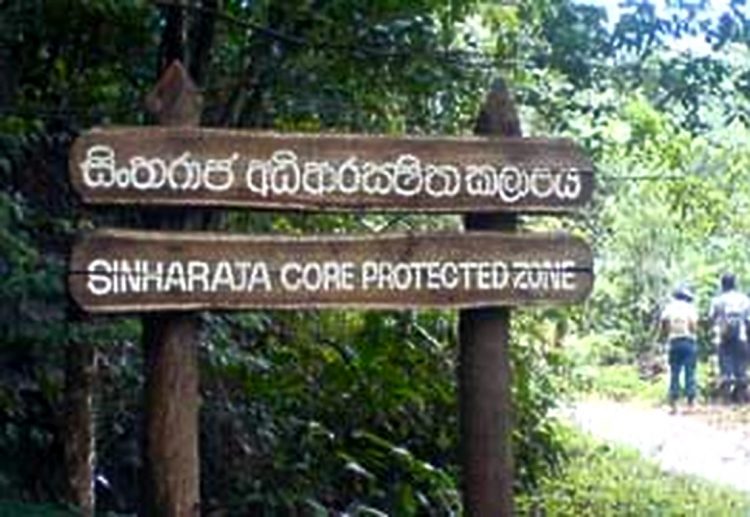 UNESCO has opposed to the proposal to build a reservoir in the Sinharaja forest to divert water from the Gin River to the Hambantota District Dr. Punchi Nilame Meegaswatte, Director General of the National Commission for Sri Lanka (UNESCO) says.

Giving an interview to the newspaper Dailymirror yesterday(28th) Meegaswatte says , that after explaining to Irrigation Minister Chamal Rajapaksa and irrigation engineers that this was not possible, the Irrigation Engineers and the government have now given up the project and opted for other alternatives.

Dr Meegaswatte who is also the chairman of Wiyath Maga, the leading movement backed to President Gotabhaya Rajapakse to power, said In the interview

“The proposal to build a reservoir in Sinharaja came to the fore after a statement made by Minister Chamal Rajapaksa. Irrigation engineers had proposed to build a reservoir at Madugete in Sinharaja to cross the Gin river and divert the water to Hambantota to solve the water problem in Hambantota. These engineers discussed with me. I asked them why you chose a place in this World Heritage Site. They say that according to their data, Madugete is the best place to retain more water. But I explained to them. That this forest is a natural world heritage site. That such a construction would damage this forest.

No single government or individual can touch the natural world heritage declared by UNESCO. Proper permission must be obtained for that. I explained to them. The project will never be approved by UNESCO. When it was explained that these engineers as well as the government withdrew the relevant proposal. They decided to focus on alternatives. ”

He had emphasized to the newspaper that the Sinharaja World Heritage Site has not been affected so far due to this project.

Our Buddhist clergy to bless with ‘Ratahana Suthra’ for India

Our Buddhist clergy to bless with 'Ratahana Suthra' for India