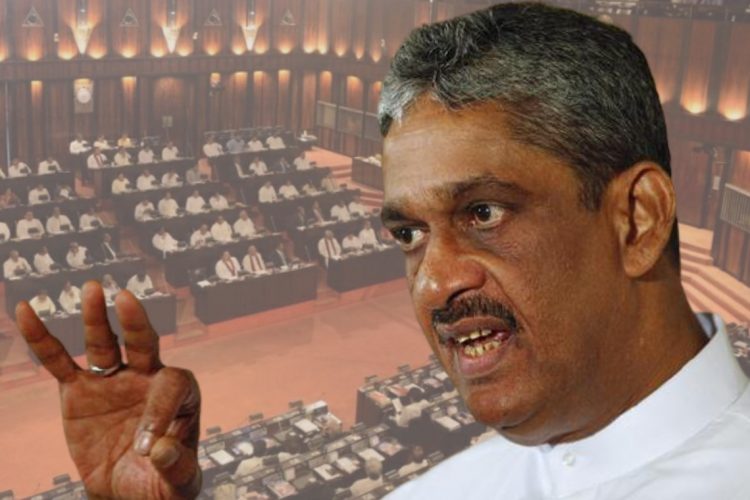 The only difference between the parliamentary committee report on Easter Sunday attacks and Presidential Commission of Easter attacks is saving two ministers of former government from allegation s, MP for Samagi Janabalawegaya, Field Marshall Sarath Fonseka told in parliament yesterday. Speaking at the special debate on findings of Presidential commission of Easter Sunday attacks held in parliament yesterday he further pointed out that theer is no major difference between two reports prepared by parliamentary commitees considering 55 witnesses and Presidential commission which considred 450 witness records.

He said that the report of the Presidential Commission was only a post-mortem report and that he had personally prepared 65 reports during his tenure in the Parliamentary Committee.

Speaking further during the parliamentary debate on the Easter Sunday bombing in Parliament yesterday, Mr. Fonseka said,
“The mastermind of this terrorist attack is Saharan who is being branded as a terrorist. But now everyone in Parliament as well as the people of the country are well aware that Saharan is not the mastermind of this. I was on the parliamentary inquiry committee appointed by the previous government into this attack. At that time I personally made a 65 page report on this report. It is tabled today. I did not make any allegations against former Defense Secretary Hemasiri Fernando in that report. Because even if the Secretary of Defense has that information, he does not have the power to act. Although some were crowned, the Secretary of Defense did not have the power to act. He has administrative powers. At the parliamentary committee we took evidence from 55 people. But in this case four hundred and fifty pieces of evidence are taken. That is the report we gave. The only difference was that the Minister of Defense Ruwan Wijewardena and Sagala Rathnayake had become free from all allegations. Ruwan Wijewardene, the Minister of State for Defense did nothing but fly around the country in a helicopter.

Statements made by former President Maithripala Sirisena that he was not aware of the attack in the past cannot be accepted. He returned to Sri Lanka from Singapore after missing two flights following the attacks. Today, those responsible for not preventing this attack are sitting in the front row of Parliament. Don’t sling mud at us for not grabbing him by the neck, ”he said.