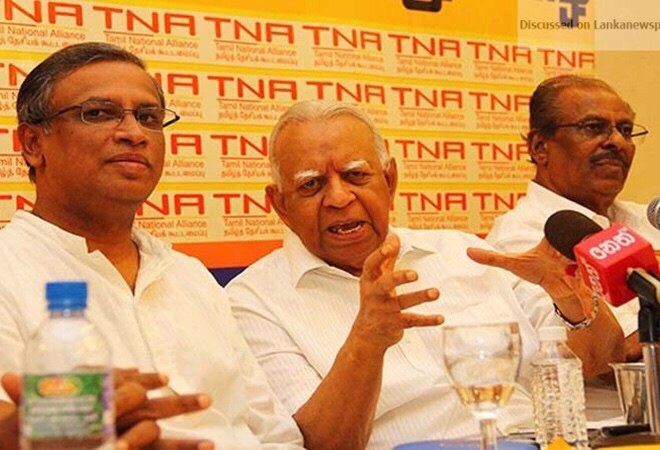 The Tamil National Alliance (TNA) has appointed a committee to re-evaluate its performance at the recently concluded general election. The TNA suffered a setback in both the North and the East against other Tamil political parties.

The decision to form the committee was announced at a meeting held in Trincomalee led by its leader R.Sampanthan last week. The meeting had been called by the Ilankai Tamil Arasu Katchi (ITAK), a constituent political party of the TNA to discuss the nomination made to the national list.

According to Sampathan following discussions, it was agreed no changes will be made about the nomination. However, he said the ITAK would meet in Vavuniya on August 29 to discuss the process which was followed to make the nomination. He also said a committee will be appointed to re-evaluate the party’s performance at the recent election. The central committee of the party will appoint the members of the committee.