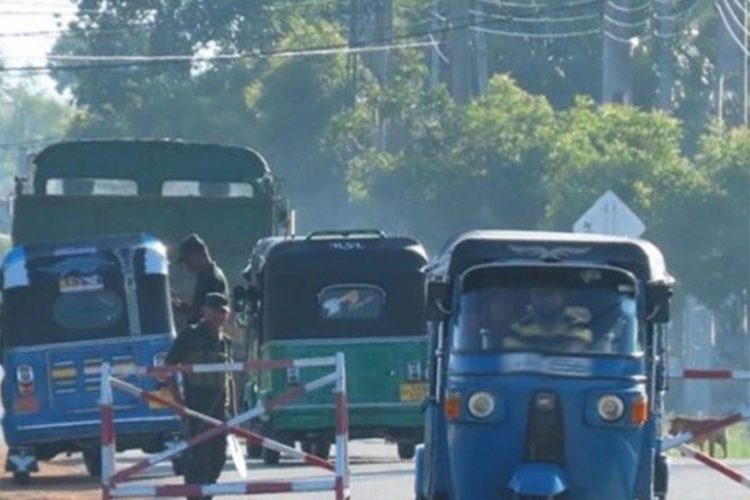 Despite the easing of curfew and travelling in the North has become normalised a top Security force official said the security checks and checkpoints in place will not be cleared.

He said despite repeated requests by Northern politicians and civil society groups to remove the checkpoints in place, he said it was not possible to submit to these requests.

The official said that while the checkpoints were set up to combat Covid 19, there are also other reasons and aims behind the move.

He said more checkpoints will also be put up after election dates are announced. they will be set up on the A9 road from Vavuniya, Iratta Periyakulam to Kankesanthurai he added.