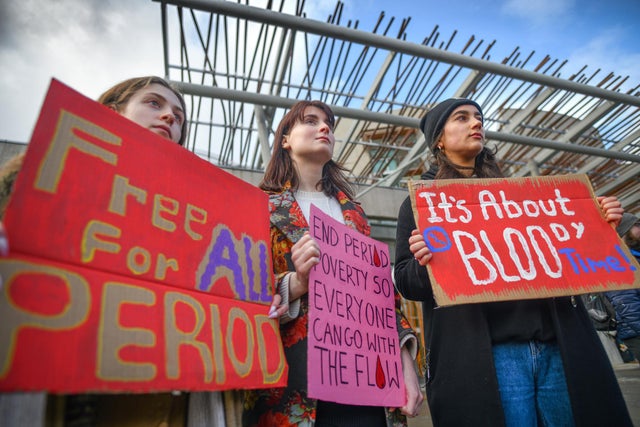 Scotland has become the first country to make tampons and pads free for anyone in need after parliament unanimously passed the legislation Tuesday (24).

Under the bill, the Scottish government will create a nationwide program to make the products accessible for people who need them; all schools, colleges and universities will be required to stock them in bathrooms; and government officials can order other public organizations to do the same.

The goal is to eliminate “period poverty” so people have access to necessary period products, according to Labour member Monica Lennon, who introduced the bill in April 2019.

Shortly before the vote, Lennon told The Scotsman the legislation is increasingly necessary because of the negative impact the pandemic has had on access and said the next steps will be to end the stigma surrounding periods and to make sure women’s health stays on the political agenda.

First Minister of Scotland Nicola Sturgeon wrote Tuesday evening she was proud to vote for the historic legislation, which she said is an “important policy for women and girls.”

Nearly one-third of women in the U.K. aged 14 to 21 have had difficulties affording or accessing period products during coronavirus-related lockdowns, according to a May survey by the international children’s charity Plan International UK. The U.K. made period products free in all schools starting last year, but the impact of that move has been diminished with schools closed. The survey found one in five women reported difficulty getting period products for reasons other than cost, including not finding them in stores or being unable to leave home during lockdown.