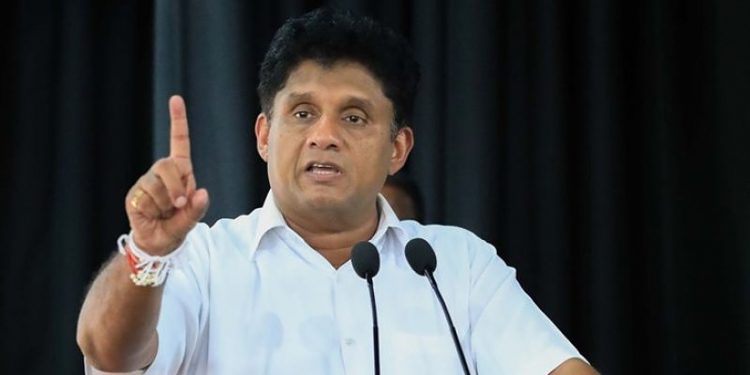 Opposition leader Sajith Premadasa criticized the government’s steps to import four helicopters from Russia at a cost of US $ 720 million.

Addressing a meeting at Nochchiyagama yesterday (28) he said that the national security of the country should be secured but questioned the intention of the government to order helicopters and military vehicles in a hurry under the guise of national security at this critical time.
“Today, the third wave of the corona is rapidly erupting across the country. The support of the people of this country is needed to stem the tide of the third corona. I take this opportunity to request the support of all.
Also, while talking about this third wave, I would like to tell you that the country called Israel has implemented a very successful program to suppress the corona. That country, that country’s leadership, that government has vaccinated every Israeli citizen to ensure their health. Israel has vaccinated every citizen. Our country has not been able to do what Israel did. There are 22 million people in our country. The dose of oxford astrazeneca should be given in two doses per person. While our country needs 4.4 million doses, only 12 million doses have been brought. Now this government is implementing the corona eradication campaign in a very unsuccessful manner as the second dose could not be given to those who took the first dose within the stipulated time.

I saw wonderful news, friends. Our country is going to order four Lu M I – 171 helicopters from Soviet Russia. One helicopter is going to cost US $ 18 million. Then the four helicopters will cost US $ 720 lakhs. Need of the strengthen our security forces is accepted as the national security is very important. But is it time to order four helicopters from Russia for $ 18 million each? In the backdrop of 4.4 million doses of vaccine have not been ordered, four helicopters have been ordered. Not so much $ 720 lakhs. Not only that, we also hear that 60 vehicles called APCs have been ordered to be used by Army personnel to transport Armed Personal Careers (also known as APCs).

Is it time to spend billions, millions, millions of dollars to buy a helicopter? Is It Time to Get Armored Personal Careers? The vaccine is what you need to take at this time. You need to invest money in the vaccine. Now we have a big question. What is the need of this government to bring these helicopters and Armored Personal Careers without ordering the vaccine that people need to live? Today the whole country is completely engulfed in cowardice. No intensive care beds. Hospitals do not have the usual beds. Medication is not given. The health sector itself has collapsed. Covid clusters are forming everywhere.