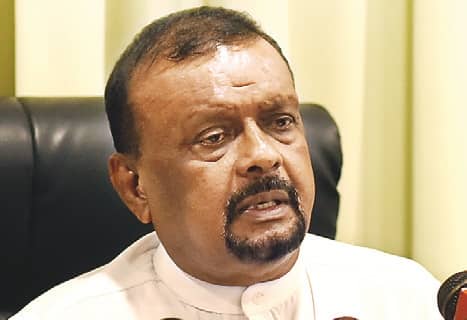 Election Monitors People’s Action for Free and Fair Elections (PAFFREL) has complained to the Elections Commission (EC) against Minister S.M Chandrasena. According to PAFFREL the Minister contesting for the upcoming election from the Anuradhapura District has recently launched a scholarship program for children which can amount to treating during the pre-election period in violation of election laws.

In its complaint to the EC, the election monitors noted that Chandrasena has commenced a scholarship program titled ‘Arunella’ for advanced level students and ‘Dirimathwa Dinawamu Daruwan’ for ordinary level students. PAFFREL had also presented the EC proof by way of a letter issued by the Minister about the scholarship programs on a letterhead belonging to his Ministry.

“Our organization observes that this situation has an effect on conducting a free and fair election” PAFFREL noted in its complaint.

PAFFREL has also requested the EC to conduct an investigation and necessary action as the incident relates to the offenses under Section 78 of the Parliamentary Elections Act 1981 and bribery as described under Section 80 of the Act.