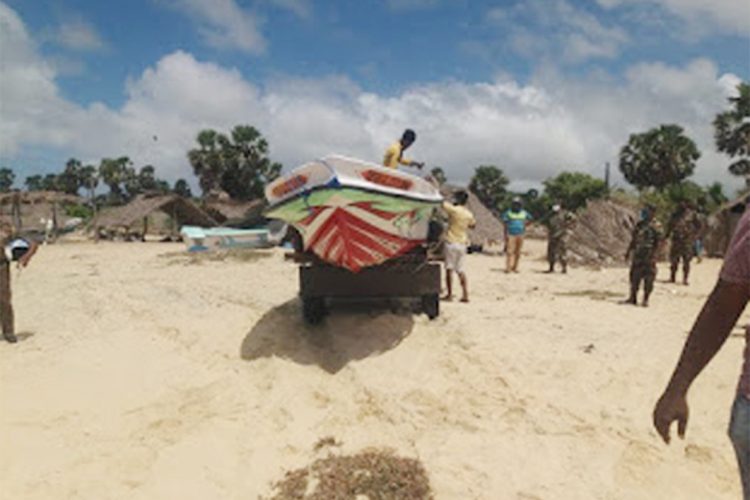 A Tamil refugee who arrived in Mannar by boat from Rameswaram in India was arrested by the security forces yesterday (03) and handed over to a quarantine center.

The man, who fled to India from Keeramale in Jaffna in 1990, had paid Rs. 50,000 to a boatman and arrived in Mannar on the night of October 2. He had rented a three-wheeler from Mannar to go to his sister-in-law’s house in the Keeramale area in Jaffna for Rs. 8,000.

The man identified as Jeganathan Jenan, 43, was arrested in Keeramale and remanded to a quarantine center following an order issued by the Mallakam Magistrate’s Court in Jaffna.