by Lankasara Editor English
in News
479 20 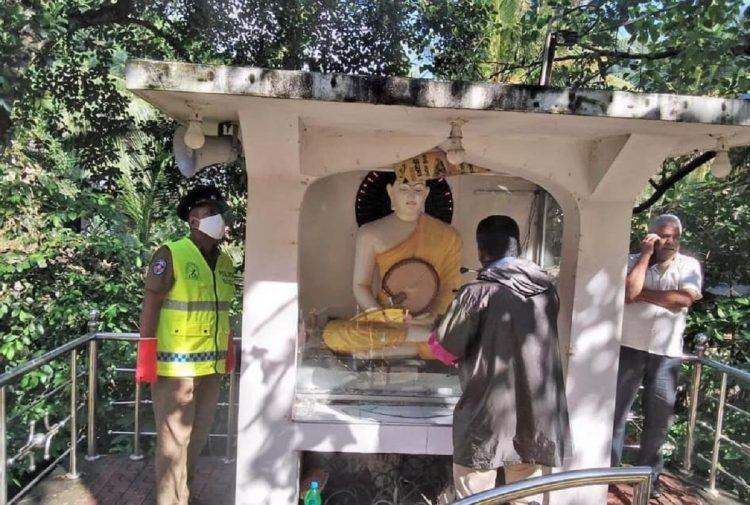 The Mawanella Police said the glass pane of Buddhist shrine near the Colombo Kandy Highway in the Higula area,Mawanella, was damaged yesterday (28) morning. Police suspect that the attack was carried out by an extremist group. The Mawanella Police are conducting further investigations to arrest the suspects. The shrine had been attacked two years prior as well the Police said.

Police have commenced investigations into the incident and officers from the Government Analyst’s Department have also been deployed to inspect the place. Security has been beefed up at the scene and the CID is conducting an investigation. Steps have been taken to remove the damaged glass and install a new one.

In addition, a glass in front of a Buddha statue in Aluthnuwara town in the Mawanella Police Division was also damaged due to an attack recently. According to the residents of the area, the glass of the shrine was attacked three days ago during the night. Meanwhile Police are also investigating the incident where a stock of explosives that has gone missing from a quarry in the Mawanella area recently. 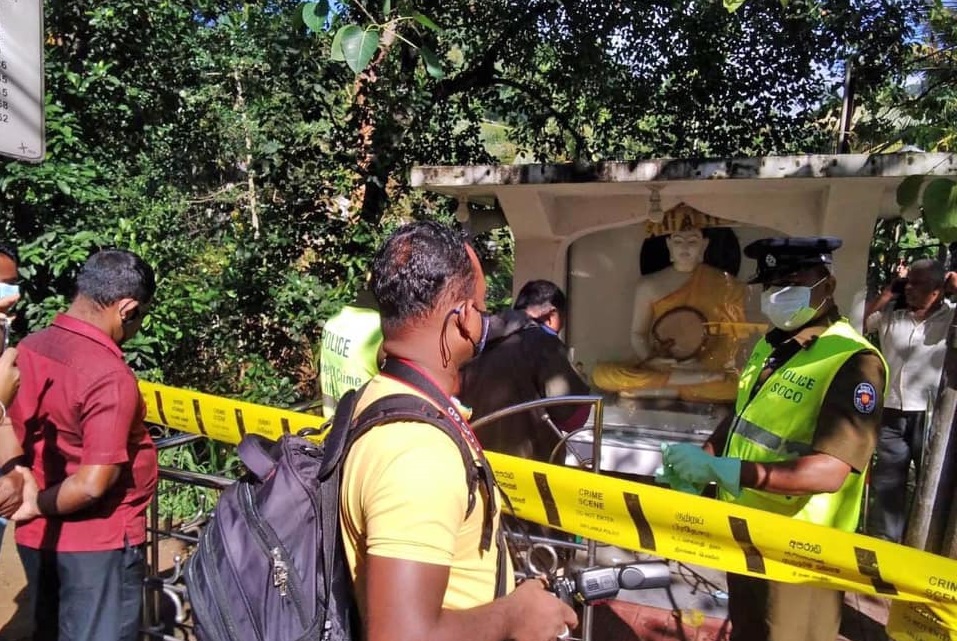 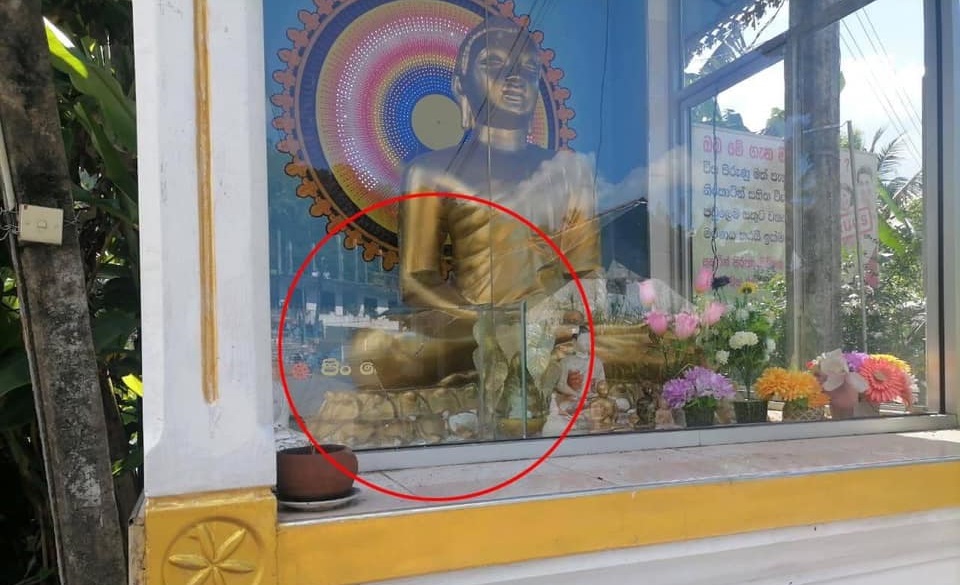