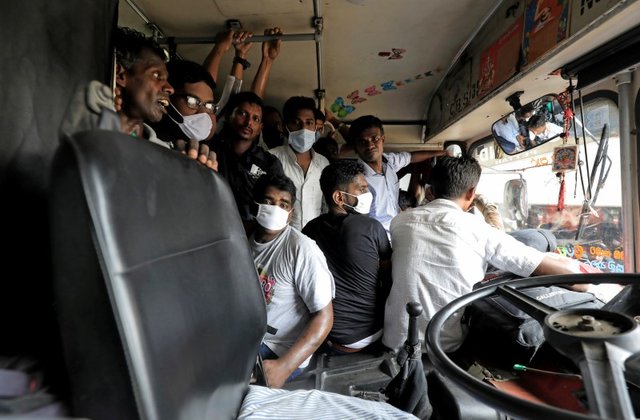 The National Transport Commission (NTC) says that it has received complaints that buses in various parts of the country are overcrowding in violation of the health guidelines imposed to curb the Covid 19 pandemic.

Its director general, Commander Nilan Miranda, said mobile investigators had been called in to look into the matter.

Meanwhile, police have nabbed a bus in violation of quarantine rules in the Panadura area after complaints made by its passengers.  Police Media Spokesman DIG Ajith Rohana stated that two persons were arrested.

More Police areas to be locked down from tomorrow