by Lankasara Editor English
in News
432 13 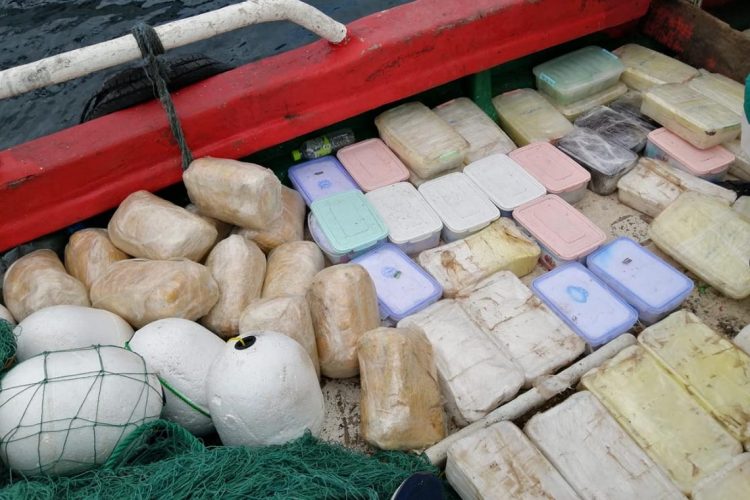 Investigations have revealed that a consignment of narcotics seized in the Negombo seas this morning has been brought to Sri Lanka through Pakistani narcotics agents along with Jude, a drug trafficker living in Dubai, and Ja Ela Konda Ranji, who is lodged in the Angunakolapelessa Prison.

It has been revealed that the racket had been coordinated by telephone from the prison and that the vessel had been sent from Negombo to go to the deep sea and bring the consignment of narcotics from the Pakistani smugglers.

Currently, four persons connected to this network have been arrested by the police. A woman involved in this racket is currently missing. A special investigation has been launched to find her.