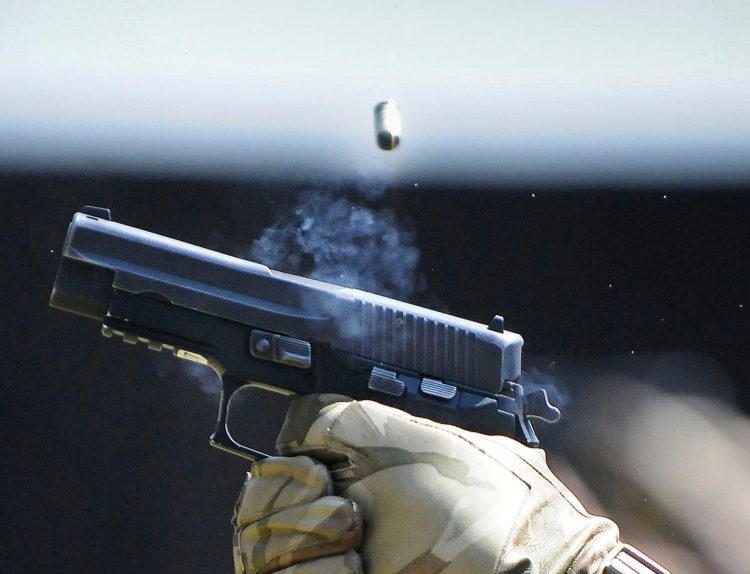 Two persons have been admitted to the Point Pedro Hospital after being shot at by a STF officer following a roadblock in Point Pedro at around 7.30 am today (16), police spokesman Senior DIG Ajith Rohana said. .

According to the police media spokesman, the incident is as follows.

The Special Task Force (STF) has set up a roadblock in the Point Pedro area to protect the natural sand deposit, which is a major source of illegal sand mining. .

A cab that had arrived from the area where the sand deposit was located at around 730 this morning had driven ahead ignoring the signals of the officers at the road block.

At that time, two cabinets with bolts were placed in front of the cab, but despite those obstacles, the vehicle was driven slowly when there was no air in the vehicle’s.

Attempts were also made to subdue the officers in front of the cab.

In this situation, the STF officers fired. The cab was shot at and driven continuously.

According to the information received, two persons who were injured in the shooting have been admitted to the Point Pedro Hospital.

These people are aged 23 and 26. Point Pedro Police are conducting investigations.

The following is the story told by the police media spokesman.