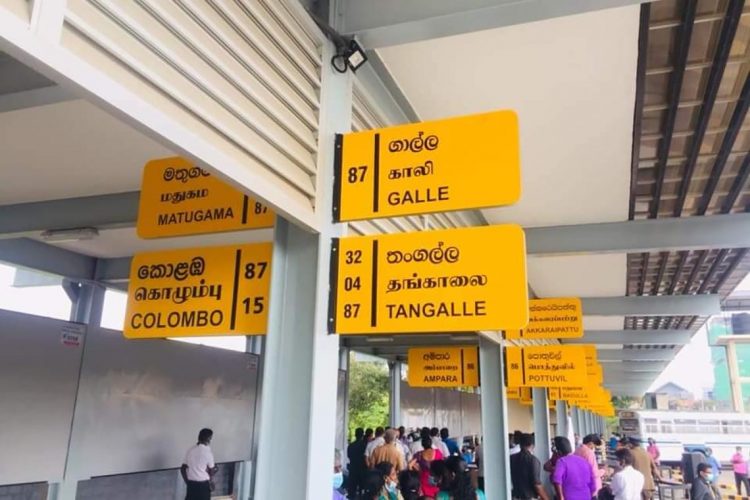 How the signboards were before the recent change

The newly appointed Mayor of Jaffna has commenced changing the signboards which feature Sinhala first and Tamil second. According to sources he had started to change the new signboards at the long-distance bus depot in Munneswaram that had featured Sinhala first. The Mayor has taken steps to makes the changes after northern politicians had insisted that Tamil should be displayed first.