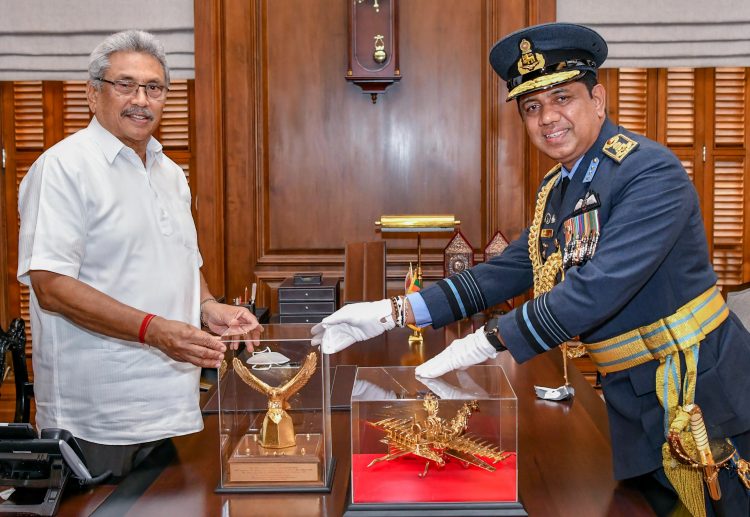 Air Marshall Pathirana is the 18 th Commander of Sri Lanka Air Force. He is an officer who has shown prowess flying fighter jets in the fight against separatist terrorism. Pathirana also served as a pilot who flown Super Sonic F7 in 1990 and Kfir jets in 1995 and the Commander of Kfir Jet Squadron.

Following the tradition the Commander paid a courtesy call on President after assuming duties and
presented the President with a memento.