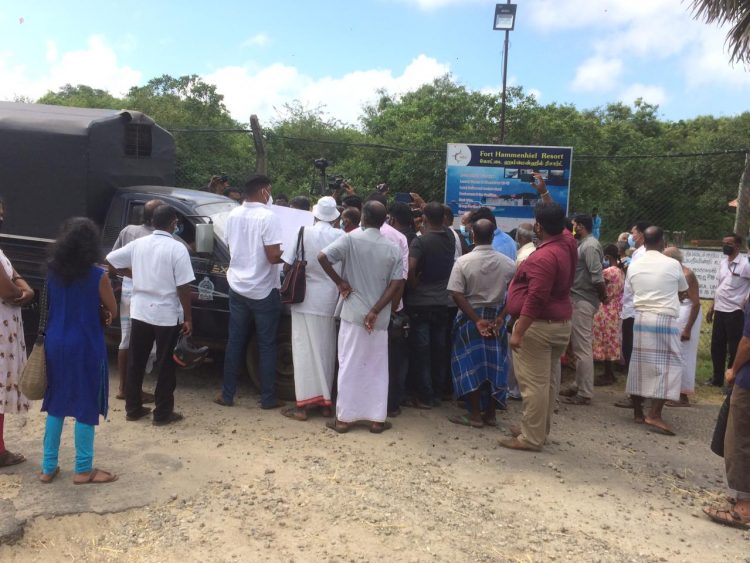 An alleged attempt by the Sri Lanka Navy to seize land belonging to residents ​​in the North, contrary to the policy of non-acquisition of private lands announced by the President has failed in the face of opposition from politicians and villagers.

North-based reporters claim that on Friday, February 19, officials from the Survey Department had arrived in Jaffna to survey a 50-acre plot of land belonging to 67 families residing in the Neelankadu Grama Niladhari Division in Karainagar for the construction of a naval base.

Survey Department officials who were present had to return without conducting the survey in the face of strong opposition from politicians and villagers in the area.

Representatives of several Tamil political parties in the North have arrived at the site after being informed of the arrival of Survey Department officials to survey the land.

The residents accuse the Navy of attempting to construct Naval bases on private land in Mandativu as well.