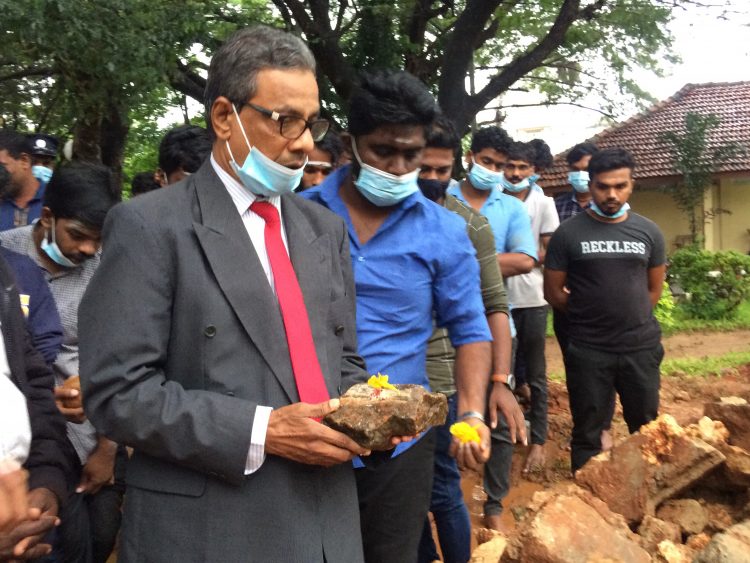 The University of Jaffna Vice Chancellor S. Srisatkunarajah has promised to rebuild the Mullivaikkal memorial which was destroyed last week. Bowing down to student demands he has also agreed to rebuild it in its original location and laid a foundation student to symbolise that he had accepted the demands made by the students.

The Vice Chancellor, who accompanied the students to the memorial, sang a Thevaram and laid flowers next to the stone. Students then also laid flowers at the memorial place. pic.twitter.com/ZTq114GRbl 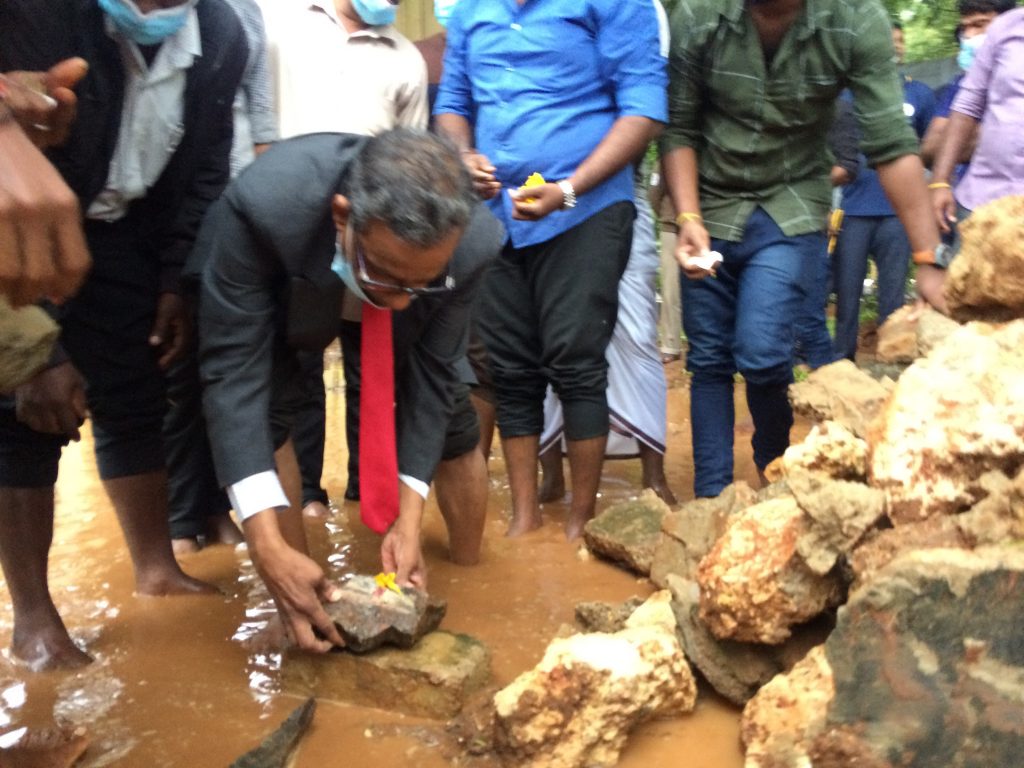 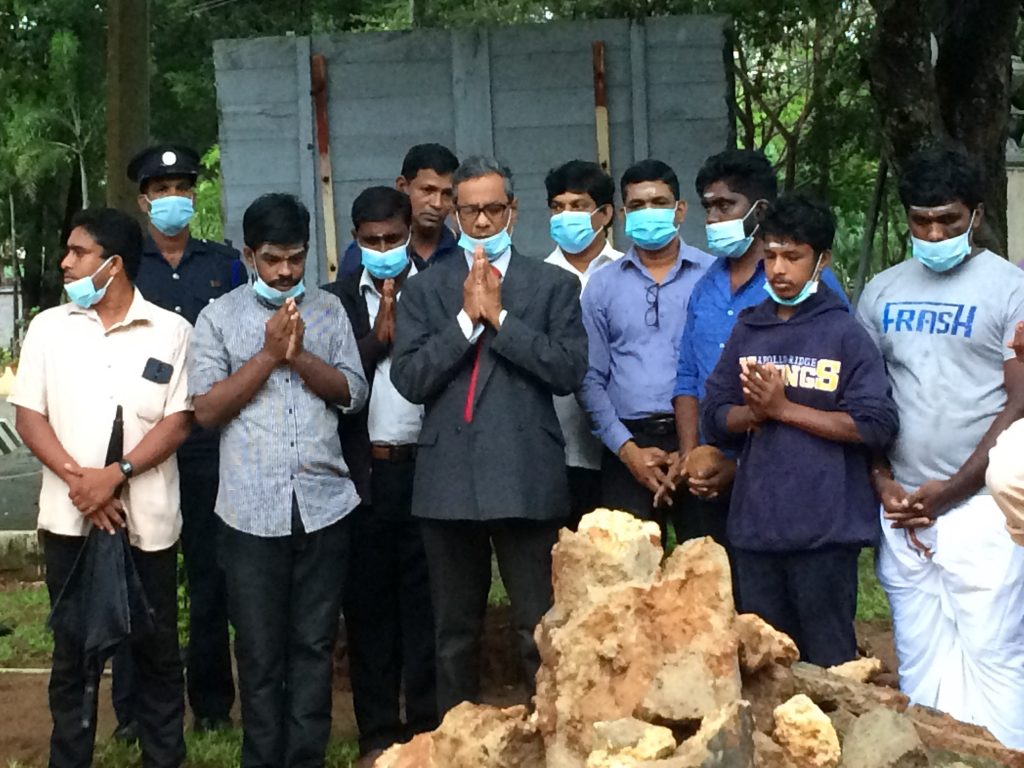