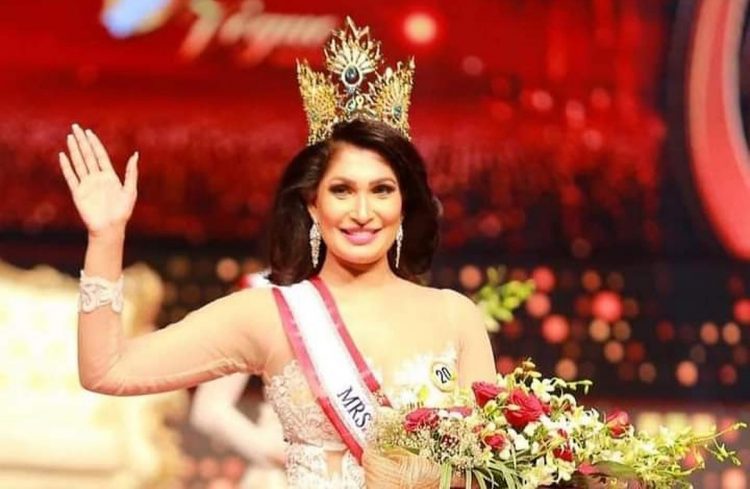 Organizers of the pageant Mrs Sri Lanka for Mrs. world have decided to recrown , winner Pushpika de Silva, who was decrowned last evening, at the finals.

Last night at the finals held at the Nelum Pokuna Theater in Colombo, the final stage of the pageant was heated following the previous Mrs. World Caroline Jury who came forward and removed the winner’s crown claiming she is not eligible to be crowned. She claimed that winner Pushpika, is divorced and cannot accept as married.

Chandimal Jayasinghe says that Caroline, who was a Mrs.world last time, also represented the judge panel and that she never claimed about this allegations about Pushpika’s qualifications.
Pushpika de Silva had lodged a complaint with the Kollupitiya Police alleging that her head had been damaged due to the forceful removal of her crown in the incident that took place last night and she had been admitted to hospital.