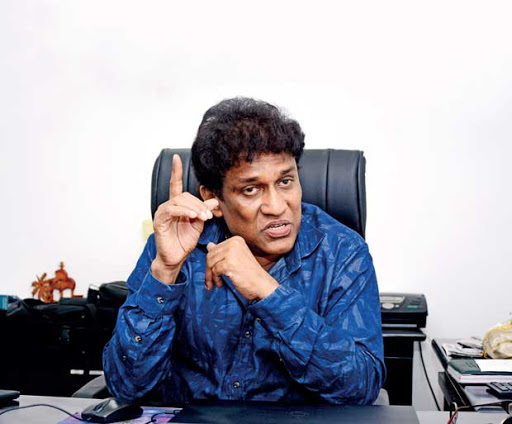 Leader of the Tamil Progressive Alliance (TPA) Mano Ganesan has revealed that its MP Aravindakumar who voted in support for the 20th amendment has been suspended from the party. Ganesan announced the decision on twitter. In his twitter message Ganesan said the party’s politburo will also remove him from the party. Ganesan said the TPA will also ask MP Aravindakumar’s party, the Upcountry People’s Front (UPF) to take further action against him. 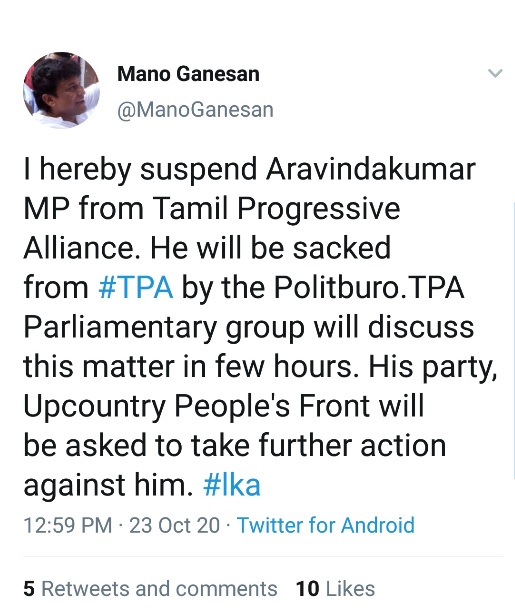 Ruwan Wijewardene To Take Only UNP Seat In Parliament?