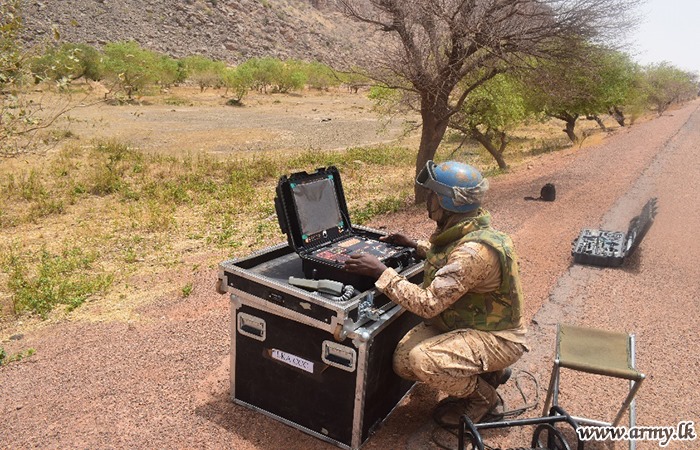 The Sri Lankan Combat Convoy Company, deployed in Mali under the United Nations (UN) Multidimensional Integrated Stabilization Mission in Mali (MINUSMA) and commanded by Lieutenant Colonel Srinath Gallage has been given high praise by the MINUSMA Force Commander in Mali, other high-profile military officers and civil officials on their performance, high degree of professionalism and discipline.

Those IEDs, confirmed to have been buried by tribal fighters were recovered along the road from Gao city to Menaka city (05 IEDs) and Gao to Mopti city (05 IEDs) during different assignments by Sri Lankan troops saving the lives of VIPs, Administrators, Civilians and UN peace-keeping troops at large and assisting the mandate of the UN mission.

Some of those IEDs are remote-controlled and capable of causing extensive damage if exploded.
A few high ranking UN officials and MINUSMA Force Commander after visiting the Sri Lankan Combat Convoy Company camp extended their best wishes and commended the excellent performances of the Sri Lankan Combat Convoy Company troops as well as their espirit de corps while carrying out their duties in Mali.

The United Nations in order to ensure the security, stabilization as well as protection of civilians, support the reconciliation process and re-establishment of state authorities in Mali invited the Sri Lankan troops to support the Mandate and the Mission of the MINUSMA, dedicated to restore peace. The 1st Sri Lankan Combat Convoy Company was deployed in MINUSMA in December 2017. Subsequently, it was relieved by the present Sri Lankan Combat Convoy Company on 13 November 2019.

Internal conflict in Mali continues to threaten security and democracy in Mali and the UN was compelled to call in peace-keepers into the country in the year 2012 after the series of attacks between the Fulani and Dogon tribal communities escalated. 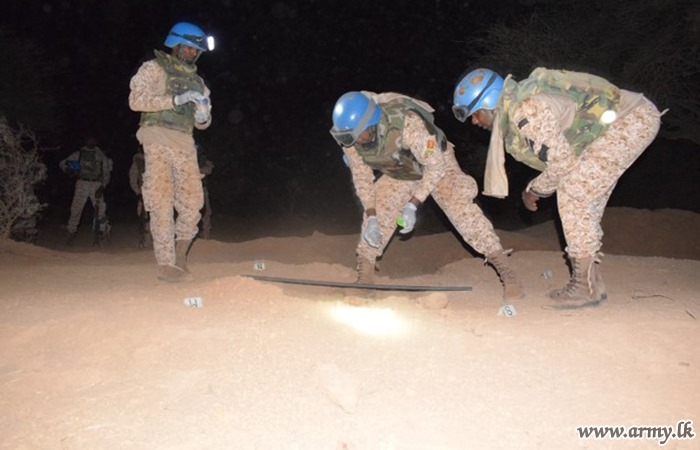