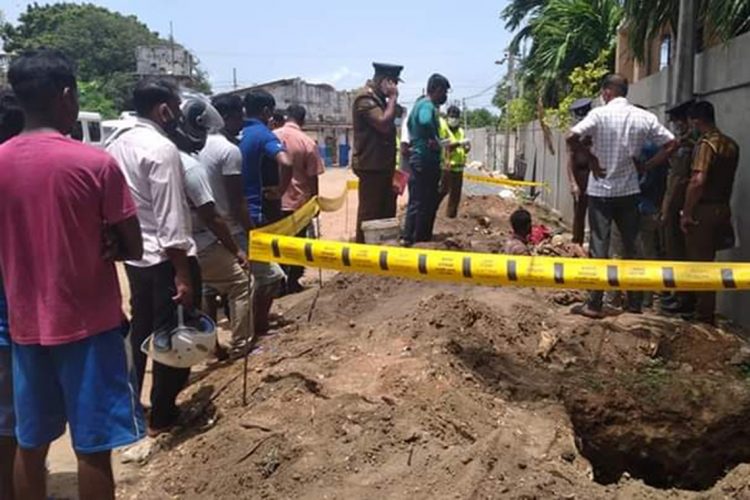 Jaffna Magistrate VR Sivaram on Friday (14t) ordered the police to commence excavations at the site of the discovery of human remains near the Kottadi Pannai Sri Meenachchi Amman Kovil in Jaffna to ascertain if it is a mass grave.

The magistrate also ordered that full security be provided to the site until the excavations begin.

This place is private land and the Jaffna Magistrate and the Medical Officer of the Jaffna Teaching Hospital S. Mayuran had come to the spot and carried out preliminary investigations after finding a human skull, several bone fragments, and some old clothes.

The Magistrate has ordered the police to commence excavations at the site due to certain evidence found at the site.