by Lankasara Editor English
in News
484 5 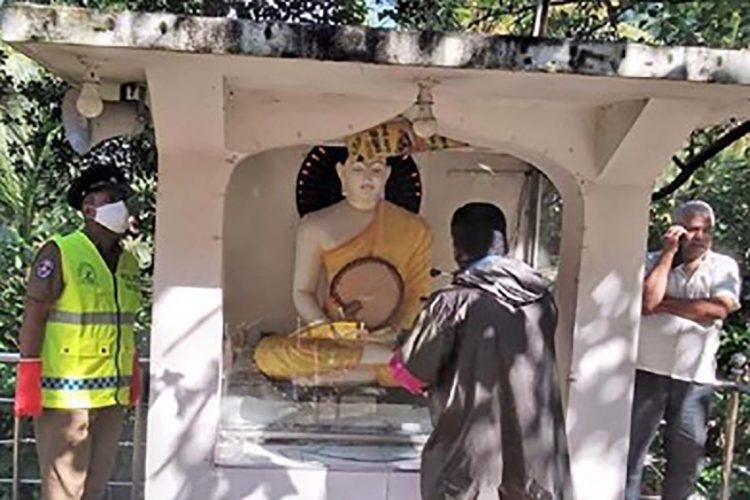 A suspect has been arrested last night (29) in connection with the attack on the Buddha shrine at Hingula in Mawanella.

Mawanella Police have arrested the suspect and are questioning him, police said. They have not yet ascertained the cause for the attack.

The front glass pane of the shrine where the Buddha statue was kept in the Hingula town on the Kandy-Colombo road, which was once attacked by extremists, was damaged by a person on Monday night and several police teams had commenced investigations into the incident from yesterday.