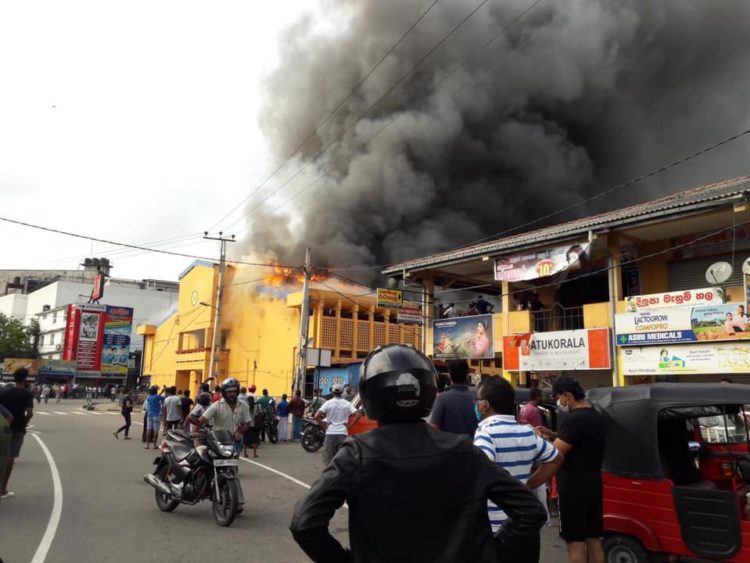 A fire which erupted and ravaged the Kegalle public market on Sunday (05) evening has revealed that the town’s municipal council’s fire brigade has no fire engine. As the fire raged on engulfing almost all the shops in the P.B Balasuriya market, public and officials had to wait for a fire engine to arrive from Mawanella nearly 14 kilometres away. While more help was called in from Kandy and Kurunegala, it was a little too late. All but around two shops had already been completely gutted by the fire.

According to eye witness accounts even the Mawanella fire brigade which showed up to help had been ill-equipped. The truck had arrived but with no water to douse the fire, firefighters had no protective gear and was instead in shorts, one witness said. 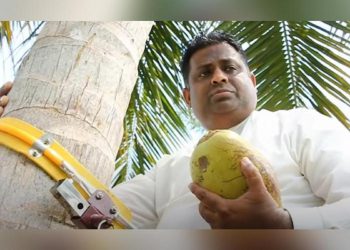 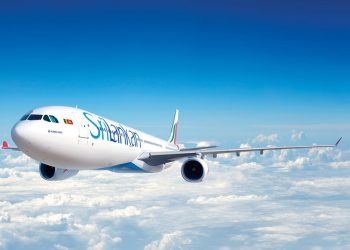