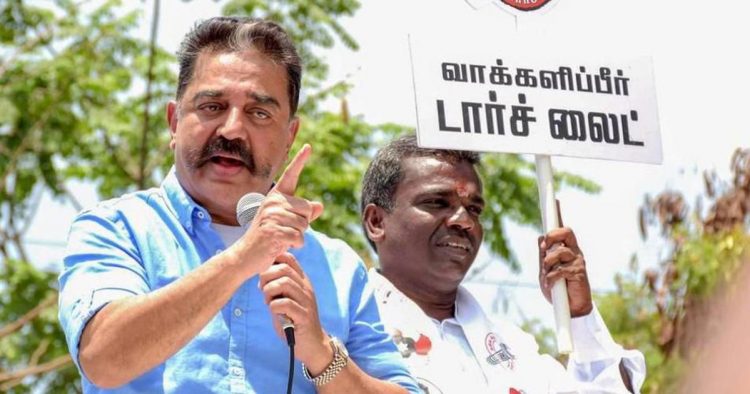 Popular South Indian Actor turned politician Kamal Haasan has demanded that PM Narendra Modi explain the rationale behind constructing a new Parliament building when “half of India is hungry due to coronavirus pandemic triggered the loss of livelihoods”.

Likening the proposed construction of the new building to the Great Wall of China, Chief of the Makkal Needhi Maiam (MNM) party Kamal Haasan said “thousands of people died during its construction” but the rulers said it was necessary to protect the people.

“Who will the new Parliament building, being constructed at a cost of Rs 1,000 crore when half of India is hungry due to the coronavirus pandemic triggered the loss of livelihoods, protect?” tweeted Kamal Haasan.

Makkal Needhi Maiam leader Kamal Haasan has been extremely critical about the plans to build the new Parliament complex.

The new Parliament building is estimated to be built at a cost of Indian Rs 971 crore and the foundation stone was laid by the Prime Minister on December 10.

Haasan said the focus of his campaign would be the complete transformation of Tamil Nadu.

“There is no doubt about degeneration in the state… people know that well and there is no point lamenting… MNM will talk about what needs to be done now,” Haasan was quoted as saying by the news agency.