by Lankasara Editor English
in News
425 14 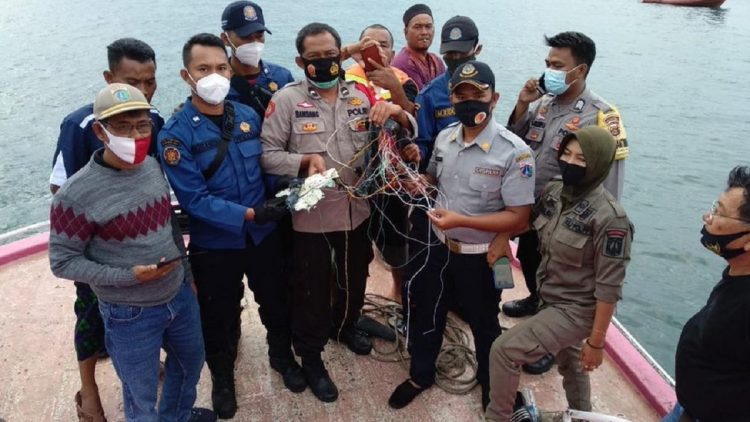 Indonesian officials are examining debris found by fishermen in the seas to ascertain if they are linked to the Sriwijaya air plane that went missing today along with 62 passengers. A Sriwijaya Air jet carrying 62 people lost contact with air traffic controllers minutes after taking off from Indonesia’s capital on a domestic flight.

The airline said in a statement that the plane was on an estimated 90-minute flight from Jakarta to Pontianak, the capital of West Kalimantan province on Indonesia’s Borneo island. The plane was carrying 50 passengers and 12 crew members, all Indonesian nationals, including six extra crew for another trip.

Sumadi said a dozen vessels, including four warships, were deployed in a search-and-rescue operation centered between Lancang island and Laki island, part of the Thousand Islands chain just north of Jakarta.

The Indonesian National Search and Rescue Agency had collected plane debris and clothes that were found by fishermen and handed the items over to the National Transportation Safety Committee for further investigation to determine whether they were from the missing plane.

A commander of one of the search-and-rescue ships was quoted in the media as saying that fishermen found cables and pieces of metal in the water. Fishermen also reported hearing a loud explosion at the time the plane went missing.