by Lankasara Editor English
in News
424 13 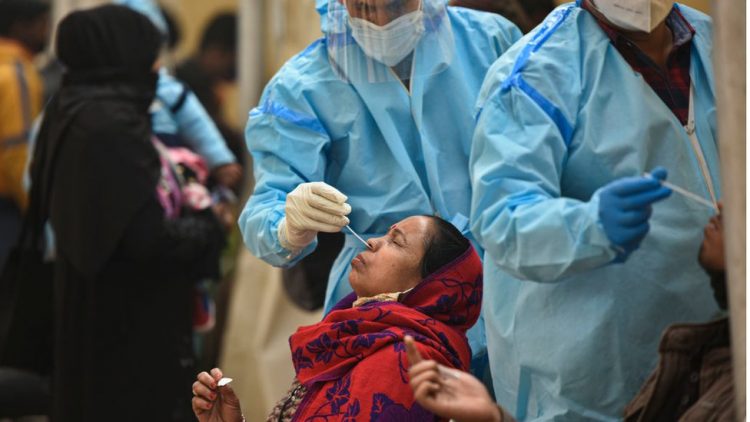 Six cases of the more contagious variant of Covid-19 first identified in the UK have been confirmed in India.The six individuals who returned from the UK are being kept in isolation, officials said.

India joined a list of other countries last week in suspending flights to and from the UK. The new variant is considerably more transmissible than previous strains but not necessarily any more dangerous, experts say.

With more than 10 million confirmed cases so far, India has the second-highest caseload in the world after the US. Officials in India have begun contact-tracing close contacts and family members of the six who have tested positive for the new variant.

The new variant first detected in southern England in September is blamed for sharp rises in levels of positive tests in recent weeks in London, south-east England and the east of England.

About two-thirds of people testing positive in these areas could have the new variant – but this is only an estimate, the Office for National Statistics (ONS) says.