by Lankasara Editor English
in News
438 14 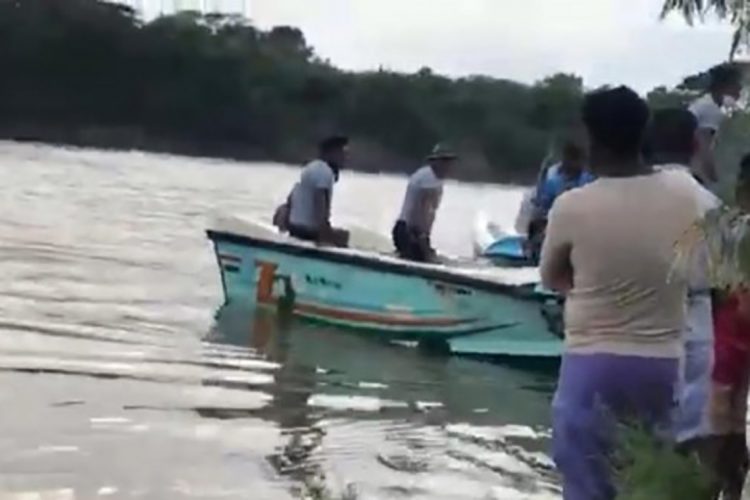 Police said the missing man and four other Grama Niladhari along with another person had been having a drunken party near the Nanattan Aruvi Aru Oya in Mannar when the five Grama Niladhari had been swept away while swimming in the stream.

Following the incident, the Navy, the Police and the residents of the area had rescued four persons but one man continues to be missing and is believed to have drowned.

The search for the missing has begun and the Mannar Murunkan Police are conducting investigations into the incident.