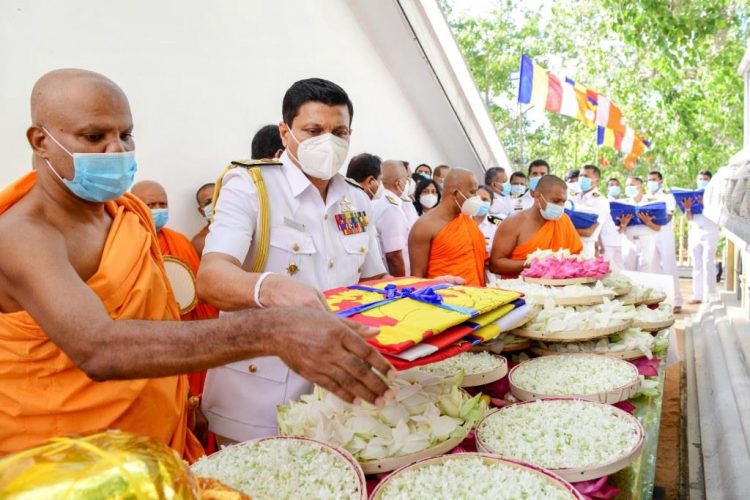 Sri Lanka Navy organized a “Kanchuka” Pooja and a ceremony to invoke blessings on naval flags under the patronage of Commander of the Navy, Vice Admiral Nishantha Ulugetenne on 12th and 13th November 2020. The two events were held at the Ruwanwelisaya and Jaya Sri Maha Bodhi in Anuradhapura, in view of the forthcoming 70th anniversary of the Sri Lanka Navy, falling on 09th December 2020. The events were also attended by the President Navy Seva Vanitha Unit (NSVU), Mrs. Chandima Ulugetenne.

The “Kanchuka”  Pooja ceremony organized by the Naval Buddhist Association on 12th November, saw the adorning of the Ruwanwelisaya with a 300m – long Buddhist Flag by the Commander of the Navy in association with senior officers and members of the Buddhist Association present on this special occasion. Thereupon they took part in ensuing rituals by offering Pirikara and permissible drink (Gilanpasa) to the members of Maha Sangha.

On the following day (13th November) the Flag Blessing ceremony was held at the Jaya Sri Maha Bodhi premises. During the ceremony, 87 flags including the National Flag, Buddhist Flag, Naval Ensign and flags of naval commands, establishments, ships and craft received the blessings at the sacred Jaya Sri Maha Bodhi.

The venerable Maha Sangha commended the Navy for its significant role in terminating three decades of brutal terrorism and transferred merits on all war veterans who made supreme sacrifice and went missing in action and invoked blessings upon differently abled naval personnel. Further, the members of Maha Sangha also invoked blessings on the incumbent Commander of the Navy, serving naval personnel and their family members, wishing them best of luck and prosperity for their future endeavours. They also commended the significant contribution made by the Tri-Forces, Police and Health Services to control the current pandemic of COVID 19. 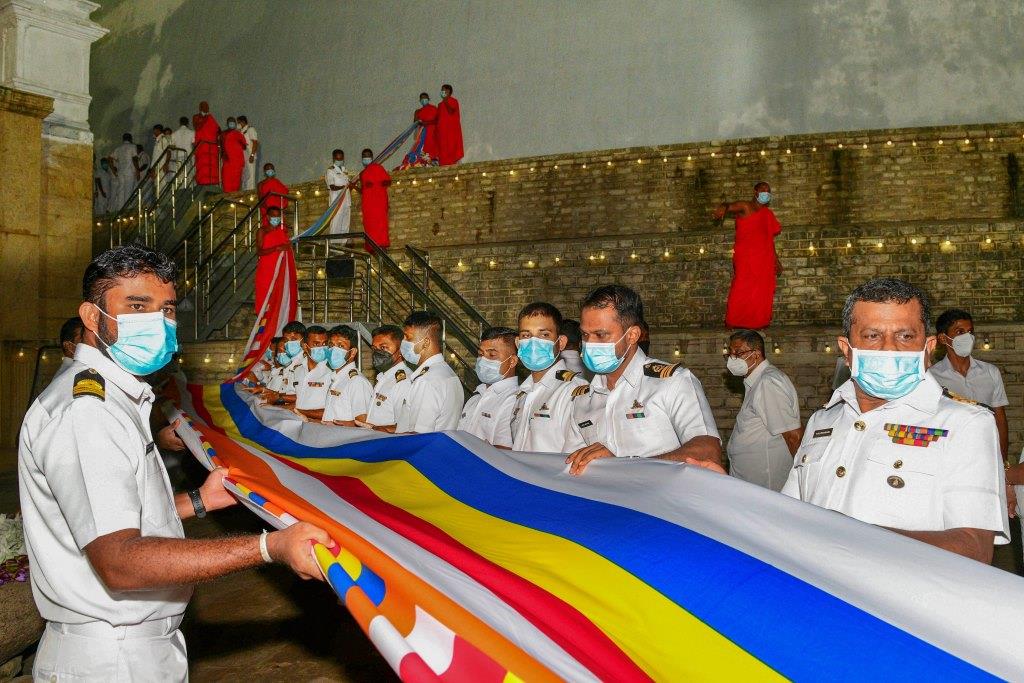 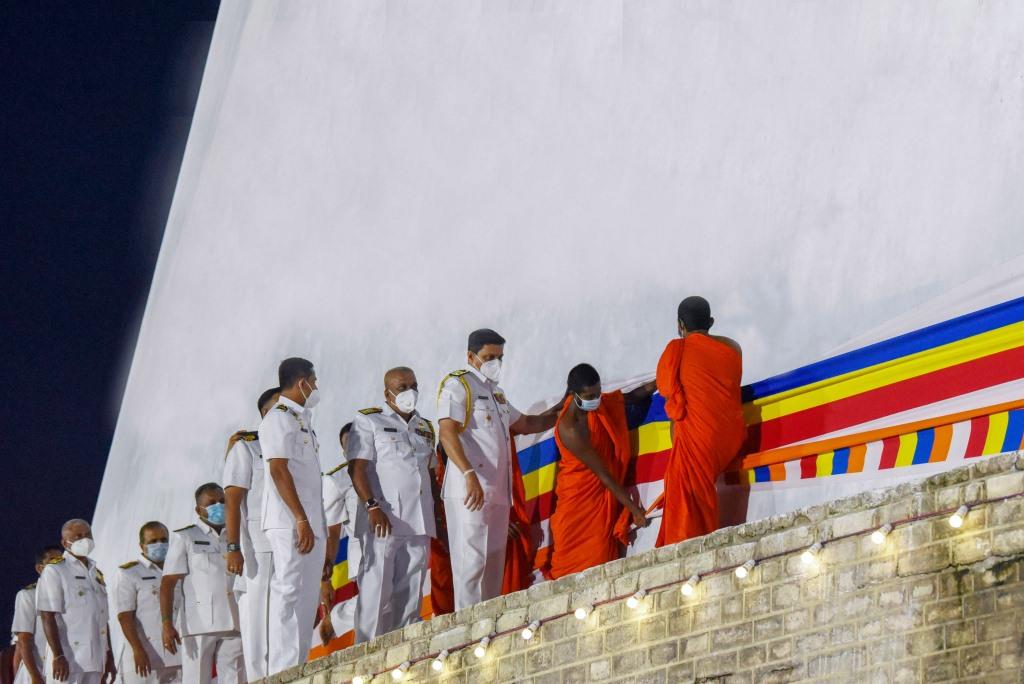 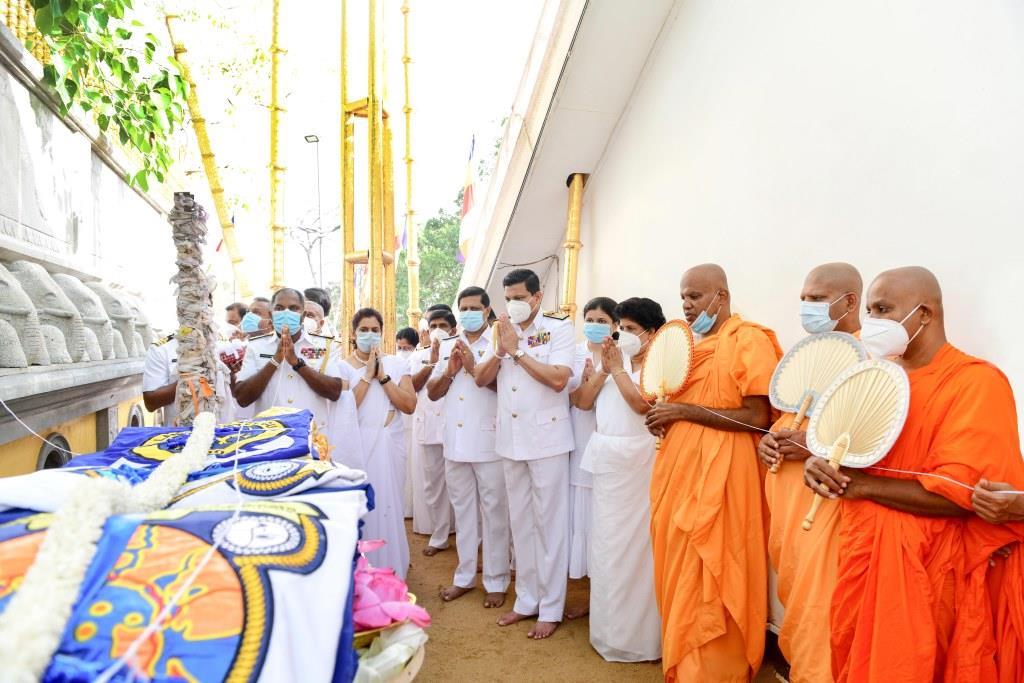