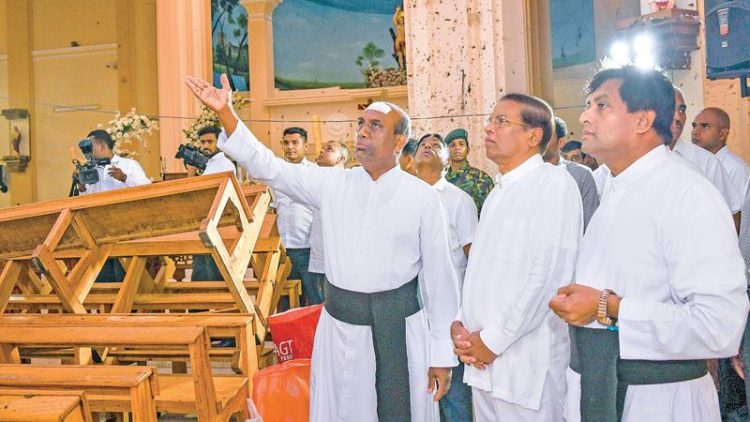 Officers from the Police Unit of the Presidential Commission of Inquiry probing the Easter Sunday are currently at the residence of Former President Maithripala Sirisena to record a statement.

The Presidential Commission had earlier informed Sirisena to appear at the Police Unit of the Commission today (26). However, it is unclear why the Police unit had then instead visited Sirisena’s residence to obtain the statement.

A number of former Ministers and security officials have provided evidence at the commission on previous occasions.