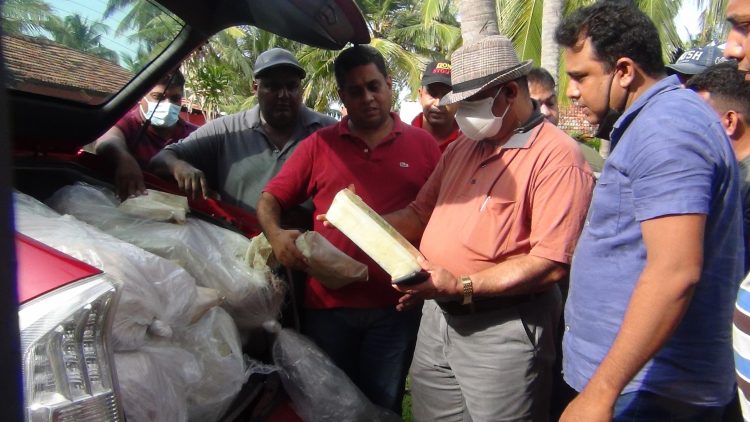 The suspects arrested yesterday (06) morning in Marawila along with a stock of heroin and ICE have been identified as leading drug traffickers residing in Ganemulla and Dematagoda. Preliminary investigations have revealed that they had been staying for five days at a tourist hotel in the South Thoduwawa area posing as engineers for a road carpeting company.

The nabbed drug haul is said to belong to a leading Sri Lankan drug dealer in Dubai, the Excise Department said.The stock of 199 kilos of ice and heroin is valued close to Rs. 3 billion. Excise officials say that 99 kilos of heroin and nearly 100 kilos of ICE were among the drugs seized.

The consignment of narcotics was found hidden in a generator loaded on a crane lorry, ready to be transported. .

During the raid conducted by the Navy Intelligence and Excise Officers, a lorry with a crane and two generators, a van and a generator were seized.