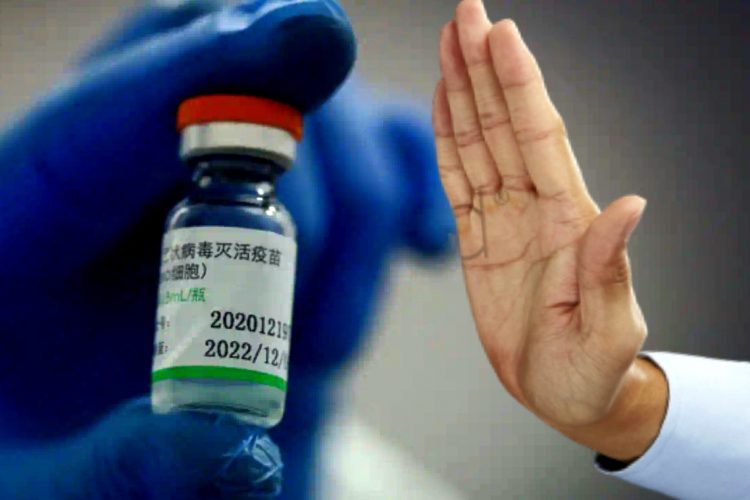 Four directors of the National Drug Regulatory Authority of Sri Lanka , including Dr. Palitha Abeykoon, a special envoy to the Director General of WHO , The Sunday Times reports. It further says that the health authorities have taken immediate action to remove them following their objections to approve China`s Sinopharm Covid vaccine for emergency use.

The removed directors are Dr. Palitha Abeykoon, a specialist, Dr. Kapila Ranasinghe, a management specialist, Harshana Karunaratne, an accounting specialist and Chamindika Herath, a lawyer. According to the newspaper, the directors did not approve the Chinese-made synoform vaccine, which has been submitted to the National Drug Regulatory Authority for approval for emergency citing inappropriate scientific documents and clinical trial details.

The vaccine has not yet been approved by the World Health Organization (WHO) and has failed to provide reports of safety and efficacy as well as clinical trials for the assessment carried by the National Drug Regulatory Authority.

These directors have stated at a recent meeting chaired by Health Minister Pavithra Wanniarachchi, State Ministers Channa Jayasumana and Dr. Sudarshani Fernandopulle that it could not be approved in this situation.

Minister of Health Pavithra Wanniarachchi has agreed to this, but on March 08, Minister of State for Pharmaceutical Production and Supply Regulation Prof. Channa Jayasumana announced that these directors would be removed in accordance with his powers and that four new directors would be appointed in their place.

Accordingly, Dr. Sisira Siribaddana, who supported the government politically, Udaya Sri Kariyawasam, a Chartered Accountant, Raja Gunaratne, Attorney-at-Law and Dr. RI Wijewantha have been appointed.
The vaccines so far approved by the National Drug Regulatory Authority for emergency use in the pandemic of Covid in Sri Lanka are the Covishield , manufactured by the Serum Institute in India and the Sputnik vaccine produced in Russia.

According to another report in the Sunday Times, a spokesman for the Serum Institute in India told the newspaper that it would be difficult for Sri Lanka to deliver the one million vaccines it has already ordered within the promised period. It was stated that there may be a delay due to problems with their production.