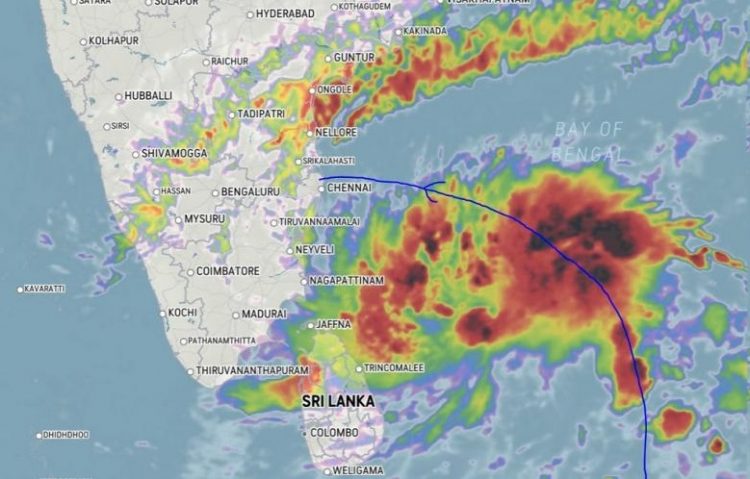 The Department of Meteorology has issued a red alert for the Northern province as Cyclone Nivar approaches the country.

Navel and fishing communities have been warned not to venture into sea areas extending from Puttalam to Pottuvill via Mannar, Kankesanthurai, Trincomalee and Batticaloa.Those who have already ventured out to these sea areas have been advised to return to the coast or move to safer areas immediately.

The cyclone has been named Nivar and is said to be moving towards the northern Tamil Nadu coast. 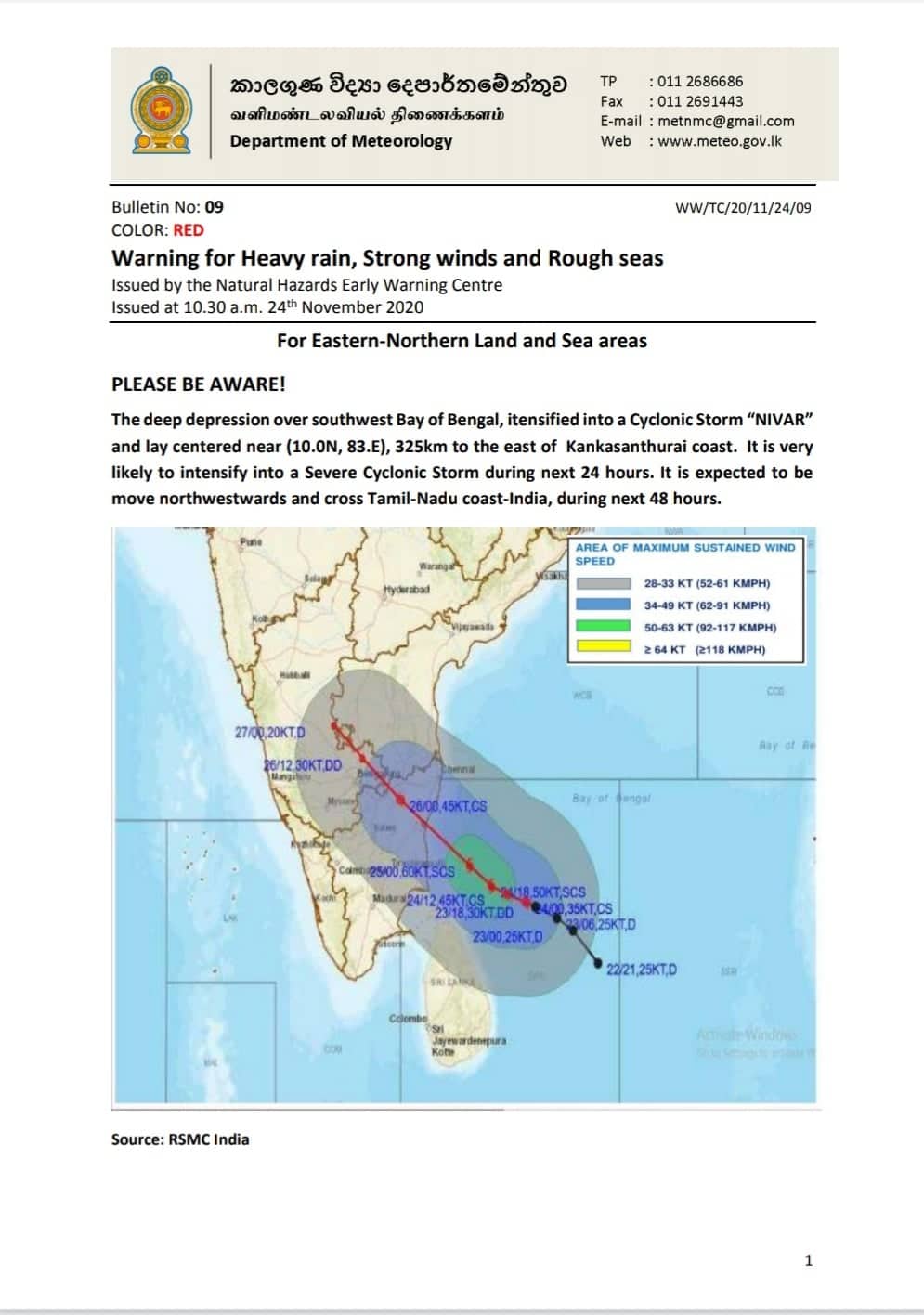 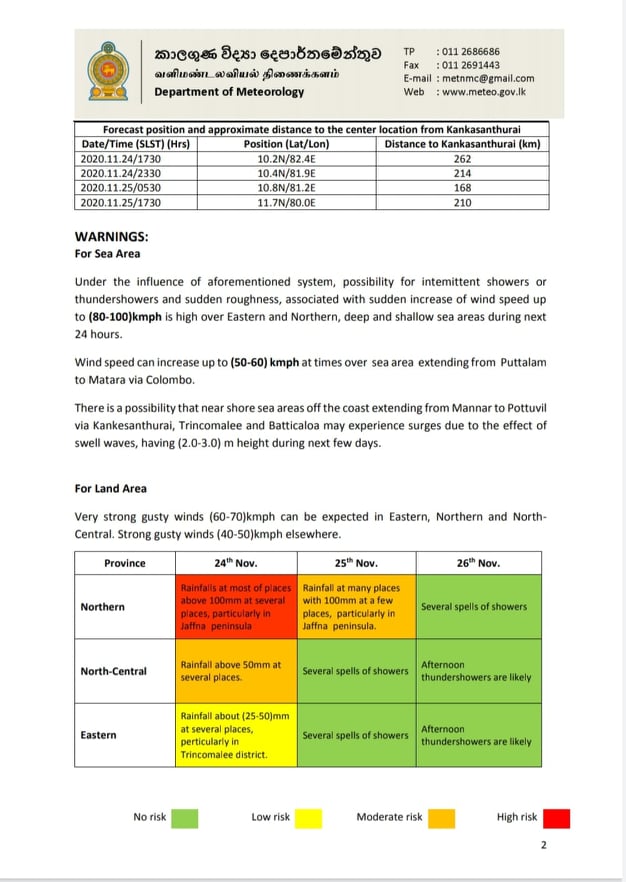 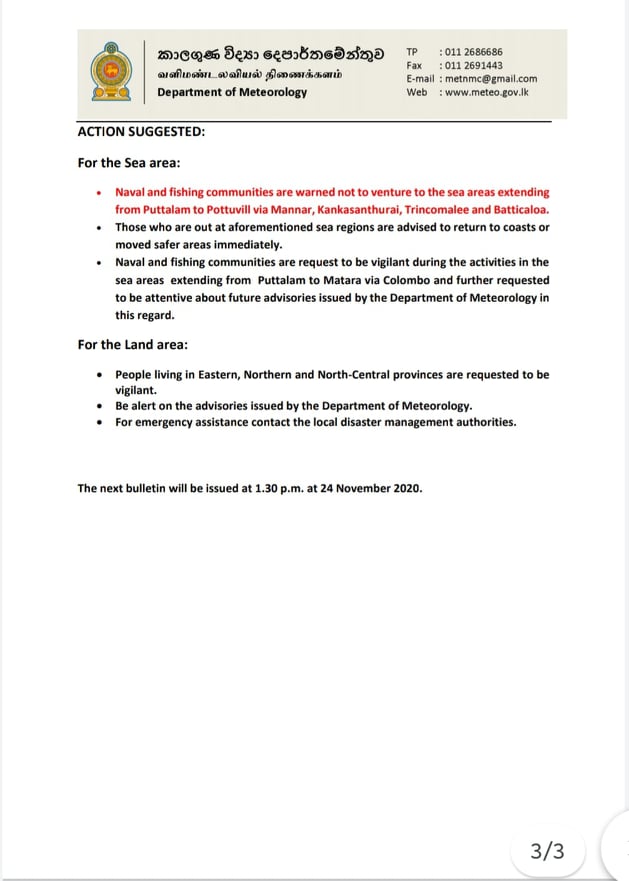