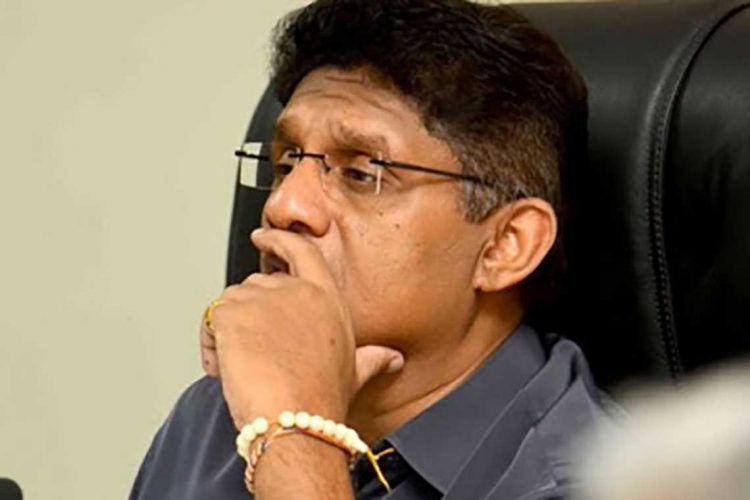 It is reported that the Working Committee of the Samagi Jana Balawegaya (SJB) including the Leader of the Opposition Sajith Premadasa is concerned about Covid 19 risks due to two members of the SJB who were associated with Wasantha Yapa Bandara, the Kandy District Parliamentarian of the SLPP who has tested positive for Covid 19.

SJB MPs Hesha Withanage and Chaminda Wijesiri were identified as first tier contacts of the Bandara after they had attended a political program on a television channel. The duo thereafter had attended a working committee meeting of the SJB yesterday (26). It was after the meeting that it was revealed Wasantha Yapa Bandara was infected and the two MPs had undergone PCR tests and self-quarantined.

Hesha Withanage and Chaminda Wijesiri had met the Leader of the Opposition Sajith Premadasa and many others at the group meeting.

When inquired about this, MP Hesha Withanage had said that there was nothing that could be done and that if he was infected with Covid, the entire Working Committee of the SJB would be at risk.