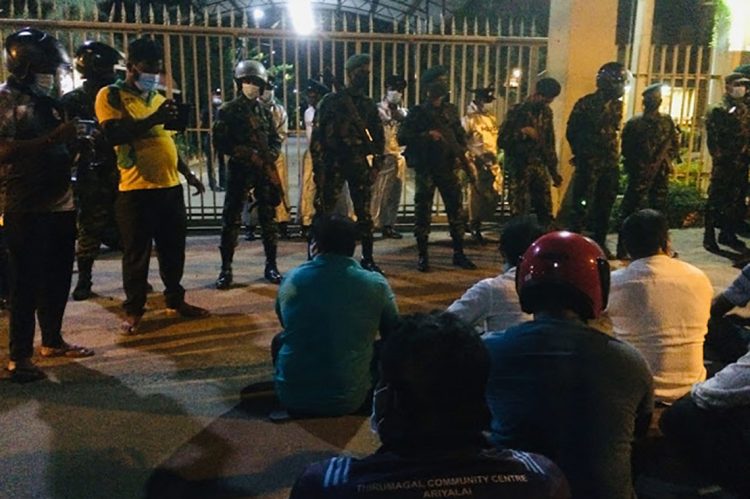 It is reported that civil society organizations and individuals are gathering at the University of Jaffna for a massive protest against the removal of the Mullivaikkal memorial by the University authorities last night (08). Police Special Task Force (STF) personnel were called to the area last night (08) due to the protest.

University students had commenced the protest against the bulldozing of the monument erected on the premises of Jaffna University to commemorate the war dead.

The monument was erected on the Jaffna University premises about three years ago due to the difficulty faced by Jaffna University students in going to Mullivaikkal, Mullaitivu to commemorate the victims of war. Following its erection the students had held events to remember the war dead at the memorial monument.

A clash took place between the Police and protesters as the Police attempted to remove the protesters. Police Special Task Force (STF) personnel arrived to maintain calm.

However more people have joined the protest and a group of politicians, including the Prime Minister of the Indian state of Tamil Nadu, have voiced their opposition against the removal of the war memorial.