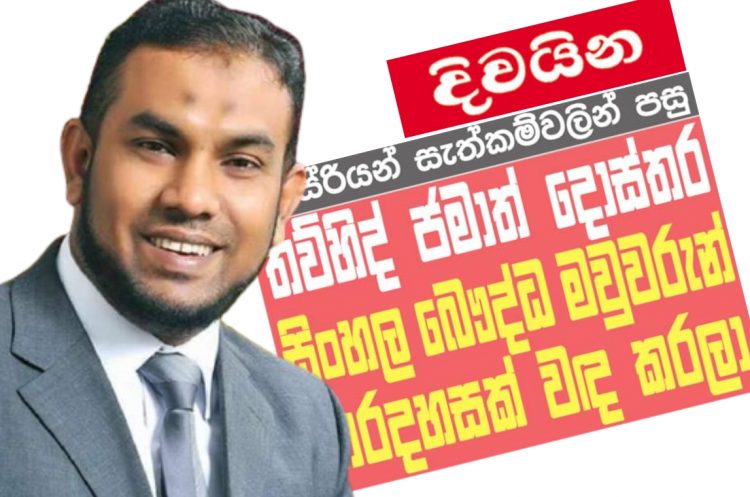 The Criminal Investigations Department (CID) has closed the case against Manoj Abeydeera, Co-Editor of the Divaina newspaper and Hemantha Randunu, its Deputy Editor for several articles the paper had carried on the Dr. Shafi Shibadeen case.

The complaint had been lodged by Dr. Shafi Sahabdeen of the Obstetrics and Gynecology Unit of the Kurunegala Teaching Hospital who was at the time falsely accused of carrying out forced sterilizations on Sinhalese Buddhist women.

The CID it is said has decided to close the case due to the lack of sufficient evidence in relation to that complaint.

Dr. Shafi Sahabdeen had lodged a complaint with the CID against the Divaina newspaper in connection with the news item published in the newspaper on 23 May 2019 by its Deputy Editor Hemantha Randunu titled ‘After Caesarean Sections Tawheed Jamaat Doctor Steralizes 4,000 Sinhala Buddhist mothers’.