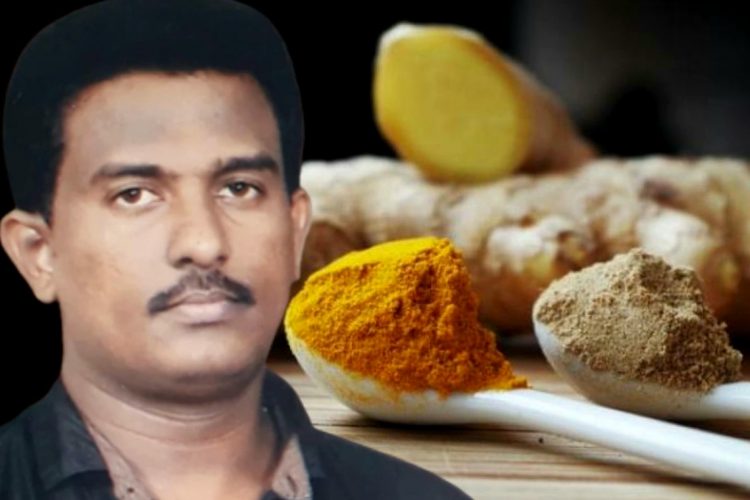 While agreeing with the government’s decision through the budget proposals to fully ban the import of turmeric and ginger into the country, Ceylon Food Exporters Association organizer S. Aleelvendran told Lankasara that however they request the government to release the stock of 900,000 kilograms of turmeric currently imported from India due to the severe shortage in the local market.

The government is currently withholding the stock of turmeric, which was imported in April due to import concessions given by the government in the wake of the recent Covid pandemic  He said there is at least 900,000 kilograms of turmeric in 50 container holds. “We request the government to release these stocks taking into consideration the turmeric shortage in the country” he said.

Aleelvendran further revealed to Lankasara that the government had suspended the import of turmeric in December last year. “However, in the meantime action was taken to release the turmeric stocks imported to this country. Accordingly 19 containers were released” he said.

“They were released in January and March because of the Covid crisis. They were solely released due to the pandemic situation. But after providing a special concession the temporary ban was lifted only to be imposed suddenly again. Covid 19 situation worsened and we expected the turmeric to be released. In that belief several exporters brought another 11 containers. They arrived in Sri Lanka during April. This was when the import ban was still in place. However taking into consideration the shortage and state of local turmeric crop, the Department of Export Agriculture issued a letter stating it has no objections for the containers to be released” he further added.

According to him, taking the opportunity presented more exporters had brought in 34 containers of turmeric. “But the government said permission was only granted to release 11 containers and therefore these cannot be released. Therefore under these circumstances around 50 containers remain in the holds without being release” he said.

Aleelvendran noted that currently there is a major shortage of turmeric in the market while the local turmeric farmer’s crops will only be harvested in two months time.

“Therefore people are now consuming adulterated turmeric. This is harmful for their health as well. Meanwhile at present a large quantity of turmeric is being smuggled into the country from India in the North and East. A large number of people have already been arrested” he noted.